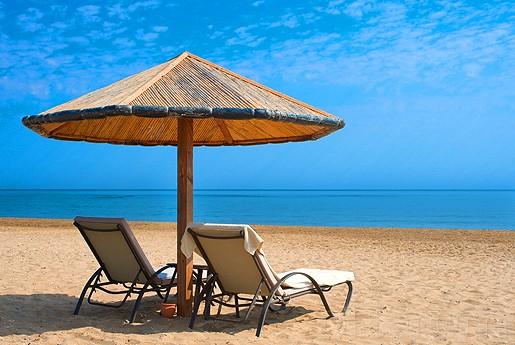 Not incidentally, the coast of the province of Malaga is internationally known as Costa del Sol. With 160 kilometres of beaches, from Nerja in the east to Manilva in the west, 19 degrees Celsius on average and 300 days of sunshine a year, the coast of Malaga is a premier destination.

Read more about some of the most outstanding beaches on the Costa del Sol.

At the eastern end of the province of Malaga is situated the Calahonda beach in Nerja, near the village of Maro. Its proximity to the province of Granada gives the area a steep coast beneath which is situated the beach with unique views including many caves. Furthermore, the area is great for scuba diving and tours in boats and kayaks, from which you can enjoy its special wildlife. Besides Maro, Nerja has among its beaches Burriana beach, with black and thick sand, equipped with all necessary amenities for a perfect stay with the whole family.

In the municipality of Velez Malaga, specifically in Torre del Mar, there is a large beach with over 3.5 kilometres length with a sea promenade which leads to a black sand beach. With great tourist occupation, the beach facilities of Torre del Mar, La Caleta have all the services you could ask for to spend a few days in the sun of the eastern coast of Malaga.

Malaga city has about 40 kilometres of beach, with different characteristics and on both sides of the bay of Malaga, along with those of the more central area of the city surrounding the port. At the eastern end of the beach begins Peñon del Cuervo, dominated by the picture of the rocky landmark; the beaches Pedregalejo and El Palo feature protected areas of maritime incidents with artificial defences and thus great for the whole family; approaching the centre is situated the beach of Baños del Carmen, a place with a long history in the city; while heading to the West, are the long urban beaches urban of La Malagueta, San Andres and Misericordia, with its fully equipped sea promenade and a host of services and quality equipment enabled for all users. Road to Torremolinos, there is the beach of San Julian-Guadalmar, an area that is often frequented by kite lovers.

Heading further west along the Costa del Sol, we arrive in Torremolinos; in this municipality we find beaches like Los Alamos, with lively entertainment and nightclubs in close proximity which makes it ideal for a day full of beach. More towards the centre of the town is situated Playa El Bajondillo, with an urban environment and good services; while bordering with Benalmadena is situated La Carihuela, an area with more than two kilometres of beach, including among its services restaurants, beach bars and with a high occupancy in summer.

The beaches in Benalmadena are characterized by having numerous quality services. In the heart of the coastal part of the town is situated Santa Ana beach, about 500 meters long and with fine sand bordering the Marina of Benalmadena which complements the entire range of entertainment and dining in the area.

Passing by other urban and semi-urban beaches with different characteristics, we reach Fuengirola, a tourist resort par excellence where along a 7 km sea promenade stretch beaches with very similar characteristics regarding composition of the sand and services they offer.

In Mijas Costa, La Cala beach is ideal for spending a day at the seaside. It is more than a kilometre long, has no promenade and thus an average occupation; yet it offers all services of a typical Costa del Sol beach.

Marbella, with its 28 kilometres of coastline, offers beaches to enjoy a calm day and other beaches with multiple services. An example would be Cabopino beach, a meeting place for surfers and nudist bathers. Of fine golden sand, this beach is located inside the Natural Monument of Dunas de Artola / Cabopino, formed by natural dunes. For most glamorous bathers there are also several urban beaches, with chic Beach Clubs like Nikki Beach or Ocean Club in the heart of Puerto Banus.

Next to Estepona Marina is situated Playa El Cristo, a beautiful cove, protected from the wind and moderate waves found in other areas of the long coastline of Estepona. With a semi-urban environment and no promenade, this beach has a high occupancy due to its great popularity and a high level of services for its users.

In the most western municipality of the province, Manilva, the beaches are beautiful coves surrounded by low-rise rocks and cliffs, as for as is the beach of Punta Chullera, overlooking a unique landscapes and clear waters that invite for diving.

Trips around Marbella: Enjoy lovely excursions in Malaga province
Mayday for May Day! Heading for the sunny Costa del Sol