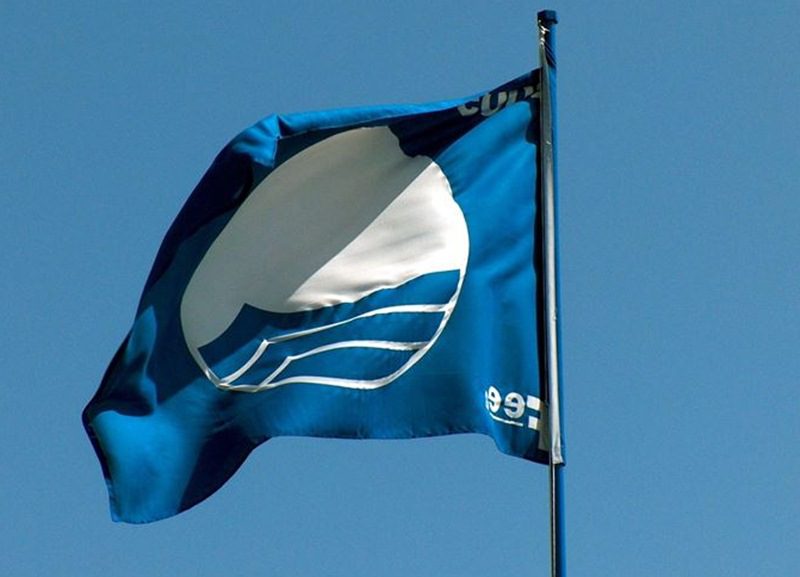 Discover all the Blue Flag beaches on the Costa del Sol for this Summer! The province of Malaga this year has been awarded 36 blue flag beaches along its coastline and there is also an “inland beach”. Discover them all in our article!

The Blue Flag is an award given annually by the European Foundation for Environmental Education to beaches and harbours that meet four criteria: environmental information and education, water quality, environmental management and safety and services.

This summer the Malaga coastline can boast 36 beaches with excellent quality: regarding water, waste collection and cleaning, qualified lifeguards, first aid posts, access ramps to the beach and toilets for disabled people and very good maintenance in general.

The new beaches that won the award this year are: Sabinillas (Manilva) and Maro (Nerja). Furthermore has been added Puerto Banús (Marbella).

Detailed map with all the Blue Flag beaches along the coastline of Malaga.

Although they are predominantly urban beaches and therefore very crowded in the summer months, we can recommend them for their proximity to the centre, for a refreshment or a drink in a lively atmosphere (Playa La Malagueta).

You prefer to combine beach with beach bar and the famous “espetos” and “pesacaitos” of Malaga? Then go to the easternmost beaches of the capital such as El Dedo, El Palo, La Caleta and Pedregalejo.

Los Alamos beach this year has once again achieved the coveted award as the only beach in Torremolinos: Offering a perfect combination of wide sandy beaches, a beautiful promenade and some excellent Beach bars to suit all tastes.

This year Benalmádena has obtained two award-winning beaches in its municipality, Fuente de la Salud and Torrebermeja-Santa Ana. Both are located next to the also award-winning Puerto Marina, with a well-kept aesthetic and a wide range of restaurants and leisure activities.

Fuengirola this year can offer four blue flag beaches to its visitors: Carvajal in the easternmost part of the municipality, Boliches-Gaviotas and Fuengirola near the centre and the castle beach (playa del castillo) next to the old fortress Sohail and the 4 star hotel Hotel IPV Palace & Spa.

Mijas this summer has three blue flag beaches where you can enjoy our bathing: La Cala and El Bombo, bordering the municipality of Marbella and the beautiful beach of Cabopino with natural dunes, which also has a nudist section.

Coming Marbella, visitors can choose from no less than eight Blue Flag beaches: Adelfas-Alicate beach being a new addition to the award-winning beaches of El Cable, Venus, Bajadilla and El Faro next to the centre of Marbella with all services. Casablanca beach close to golf courses and exquisite hotels such as the Puente Romano Hotel.

The beach of Puerto Banús, in the epicentre of luxury and a stone’s throw from the world-famous Oceans Club. And finally in the direction of Estepona (which curiously has not won any beach awards this year) is the beach Playa de San Pedro de Alcántara.

Playa Ancha is located in Casares, with a total length of 1,300 metres. In reality, this beach is divided into three parts with different physiognomy. The longest and most popular with bathers is known as Playa Ancha, with easy access from the N-340.

The other two parts are wilder, steeper and with cliffs. They are alternative beaches for those looking to enjoy crystal clear waters, although the sand is more uncomfortable due to the abundance of stones.

This year Nerja has also made a name for itself among the Blue Flag beaches on the Costa del Sol: Namely the very popular Burriana beach next to the centre and Torrecilla beach in the westernmost part of the municipality.

A new addition this year is the popular Playa de Maro. A beautiful cove located in the cliffs of Nerja. It is a cove just 500 metres long, surrounded by impressive mountains.

In Torrox we can enjoy this summer two Blue Flag beaches, Ferrara and El Morche.

Belonging to the municipality of Velez-Malaga this year there are four beaches that have obtained the desired award which are: Algarrobo Costa, La Caleta, Torre del Mar and Benajarafe in the direction of Rincón de la Victoria and Málaga.

The Conde del Guadalhorce reservoir has been awarded the Blue Flag for the second consecutive year. It is the only inland beach in Andalusia to have this distinction.

It is located in a privileged natural environment, where the pine forests reach the water. Also very close to the famous Caminito del Rey, this reservoir also stands out visually for its striking crystal-clear turquoise waters.

In summer, many visitors to the Caminito del Rey spend the rest of the day in the refreshing surroundings of the reservoir. Either enjoying a meal at one of the picnic areas or, when the heat is at its peak, taking a dip in the turquoise waters.

In the surroundings of the reservoir, we can find several restaurants and accommodation services. We can enjoy refreshing ourselves in the cool waters or renting a pedal boat, a canoe or a board. In this way, you can reach some areas of this spot that are more difficult to access on foot and which are of great natural beauty.