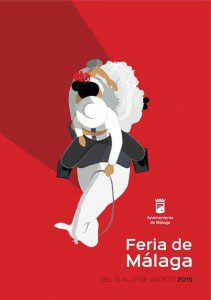 The Malaga Fair is one of the most lively and popular fairs in Spain and attracts each year a large number of local and foreign visitors who enjoy lots of music, dancing and the typical Cartojal wine – well chilled to combat the high temperatures. The fair takes place during the day in the streets of the historic centre and then moves at night to the fairgrounds where people keep celebrating until dawn.

Fireworks at midnight of August 14th mark the beginning of the Malaga Fair which during the day is celebrated in the historic centre and in the evening and night at the fairgrounds Cortijo de Torres. The fairgrounds are also the stage of the traditional horse exhibitions. 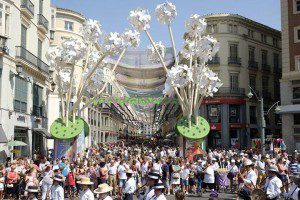 In the Fair in the city centre during the day – Constitution Square, Larios street and several streets in the historic centre – the main protagonists are the traditional dances and songs and there is a spectacular atmosphere of thousands of people dancing and having fun in the streets. 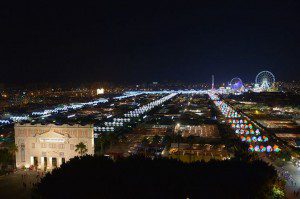 On the contrary at the Fairground horses take centre stage along with booths, more music and dancing as well as the usual fairground amusements from the evening and through the night until dawn. This year there will be a large space prepared for concerts for young people. 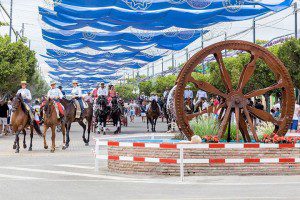 How to get to the Fairgrounds: https://goo.gl/maps/tVMpO

As a side note, this year there is the possibility to see the fireworks from the roof of the Cathedral of Malaga:

The visit will begin at 11:15 pm, so those interested should go to Ars Malaga in the Episcopal Palace, at 11 pm. The ticket price is 10 euros and must be booked in advance as there is limited capacity at the mail bovedas.catedral@diocesismalaga.es or the phone 952 22 18 35.

Would you like to visit Malaga Fair? We still have availability for several groups, book now you car rental in Malaga.