Take a Walk on the Sea Side – Sea Promenades in Malaga

There are probably few things that we associate so strongly with a holiday by the sea like sea promenades… delicious boardwalks at any time of day and any season… where during summer mingle culinary flavours with the soft sea breeze and from morning until late at night you see people enjoying jogging, riding a bike, skating or walking… and during the winter months enjoying long walks and spectacular evening skies and sunsets and then going for a coffee in one of the terraces…

… a privilege and a delight, the sea promenades in Malaga, come and enjoy with us! 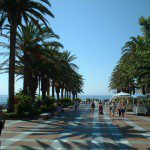 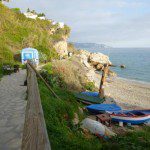 The promenade Antonio Mercero is located in the eastern part of Nerja along Burriana beach with a length of approximately 650 meters.

A short but beautiful stretch of waterfront has been recovered recently, called Paseo de los Carabineros located between the Balcon de Europa and Burriana beach, with a wilder look. 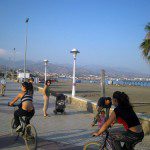 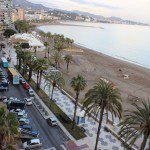 The stretches of the sea promenade known as Ruiz Picasso and La Malagueta are located in the eastern part of the city, with a length of about 2.3 km.

The promenade goes in this direction until just before Baños del Carmen, where it begins to narrow to become a pedestrian walkway next to the road. 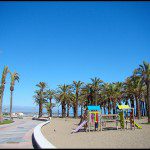 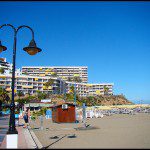 The sea promenade of Torremolinos is more than 6 km long and is partially equipped with a bike lane.

In the eastern part lies the promenade of Bajondillo, while in the western part the promenade is called La Carihuela, whose name comes from the old fishing district located there.

This sea promenade is integrated directly into the promenade belonging to Benalmadena, just before reaching Puerto Marina. 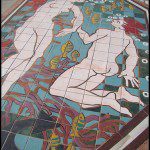 Mural on the floor 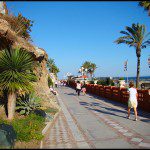 The promenade of Benalmadena has a length of about 2 km, starting from Puerto Marina; in fact, you can link the seafronts of Torremolinos and Benalmadena, except the stretch that passes through Puerto Marina.

One of the particularities of this promenade are the murals on the ground made by various artists in different materials (ceramic, metal, wood or stone) and large eroded rocks near the beach Santa Ana. 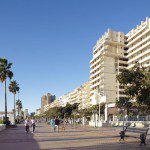 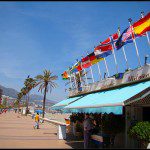 With nearly 7 kilometres length this promenade is one of the longest of the Coast, with partially bike lane. Along the seafront line up the typical Beach Bars, which in this town tend to be more familiar with the traditional offer of seafood.

As a special mention, at the beginning of the promenade in the west of Fuengirola, is located the old Moorish castle Sohail on a hill by the river: A lovely walk. 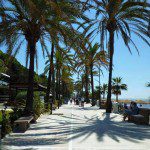 Pleasant walk in the heart of the city 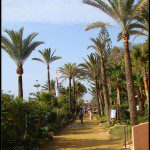 Boardwalk of 6.2 km length starting in the centre of town, a few meters from the Marina of Marbella, filled with bars, Beach Bars and shops.

As you progress westward the promenade becomes increasingly lush and tranquil, as reflected in nearby situated large gardens of first class resorts. 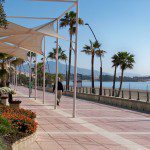 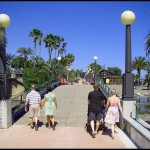 Bridge over the La Cala River

The sea promenade of Estepona is located along the beach of La Rada, the longest and busiest beach next to the city centre with a total of almost 2.5 kilometres.