The port starts its season in September, with the forecast of 129 scales and 270,000 passengers

The port of Malaga is starting its high season from September, with four months during which it will receive 41% of all cruise passengers who arrived in the capital of the Costa del Sol during the year and which will be almost 700,000 by the end of 2012.

Between September and December is traditionally the busiest season of cruises in the Mediterranean. Malaga is no exception and the port will receive 129 scales in that quarter, which will bring about 270,000 cruise passengers to the city.

This cruise activity will concentrate especially in September, October and November, while in December the activity in the harbour will lessen. Thus, the port has already confirmed the passage of 31 vessels during September, while October will mark the annual maximum with 45 scales and in November there will be 34. The last month of the year will end the year with 19. 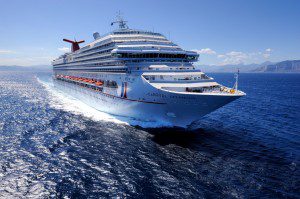 Almost 25% of cruise passengers embark in Malaga in one of the ships that are based in the port, such as the Adventure of the Seas, Norwegian Spirit, the Grand Mistral and the Azamara Quest.

Spring and fall are peak seasons for cruises, but since there are cruises based in Malaga, seasonality is much less pronounced and there has been an increase of passengers and vessels throughout the year.

Advantages of the port of Malaga over other ports

It is a port that has both western Mediterranean and Atlantic destinations. In a day of sailing you can visit two completely different cultures (North Africa, the Canary Islands, Madeira, etc.). You can also make excursions to the classic Andalusian cities such as Granada, Cordoba and Seville. Furthermore Malaga on the Costa del Sol is a destination in itself that attracts many German and British tourists.