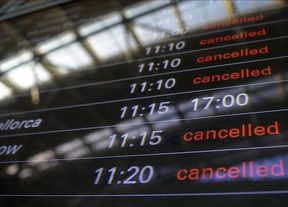 Major airlines operating in Spain have already announced they will cancel half of their scheduled flights due to the general strike on Wednesday November 14.

The general strike will have quite an impact on the Spanish airports, mainly in Madrid-Barajas. More than half of scheduled flights by Iberia, EasyJet, Air Europa, Air Nostrum and Vueling are cancelled. Meanwhile, Renfe guarantees the circulation of 31 AVE high speed trains during the general strike.

Regarding the high-speed train is ensured the circulation of 20% of the AVE. Minimum railway circulation also includes 30% of the usual commuter train service.

If you plan to travel tomorrow, November 14th to / from Spain using airports or public transport, we advise to contact your airline for further information regarding your flight.

If you use public transport to get to Malaga airport, please check the special timetable of the commuter train Malaga-Fuengirola for this day and make sure you leave with plenty of time. If you prefer not to take any chances, book a transfer at Malaga airport.