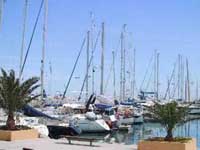 Caleta de Velez is a locality belonging to Velez-Malaga in the province of Malaga situated between the villages of Torre del Mar and Algarrobo. In Caleta de Velez there’s the most important fishing port in the province and an important beach tourism, and proof of this are the numerous urbanisations in the area like Baviera Golf, Trayamar, Caleta del Sol, Puerto Caleta, etc.

There are historical references of its foundation until the Phoenician times, a period from which they have found a necropolis used by the Phoenicians to bury their dead. 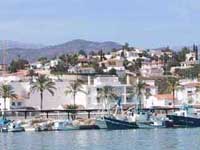 After the conquest of the Andalusian Kingdom by the Christian armies, the lands belonging to Caleta de Velez, known back then as Trayamar, kept being handed over from one to another. The value of the lands wasn’t very high due to the abundance of pirates that raided the coasts of the peninsula; when those pirates began to disappear, the trade began to flourish and the value of the lands began to grow.

After the death of the last owner of the lands, they proceeded to distribute the inheritance amongst his 5 children, who sold the lands, and from then onwards villagers began to build small fishermen houses all along the recently built road between 1866 and 1870.

It’s safe to say that the development as a town is relatively recent, as it began as from the moment they finished the coast road. The history of Caleta de Velez’s port is equally very short, as it began to be built in 1972, becoming, as from then onwards, the main fishing port in the province of Malaga.

One of the main attractions in Caleta de Velez, as well as in other coastal towns in Malaga, is the gastronomy, a seal of approval for the tourism in the area. Its gastronomy offers a very rich variety of Mediterranean flavours, specially highlighting the fried fish and the local olive oil.

Plus, if we visit Caleta de Velez on certain special days, we will also be able to enjoy their local festivities:

How to get to Caleta de Velez

If you’re planning to drive there from Malaga by car, you must take the A-7 motorway towards Motril-Almeria (signposted) and then take the turnoff towards Caleta de Velez.

If you’re going by bus, there are two possible options available: The Malaga-Nerja line and the Malaga-Torrox line (both stop in Caleta de Velez).

If you don’t have your own vehicle, on our website you can book a car hire in Malaga with no credit card needed and even with a GPS to get to Caleta de Velez easier.

Another option is to book a Malaga airport transfer to Caleta de Velez from our website.

back to: car rental malaga spain