In 2013 was scheduled the partial opening of the access to Malaga airport via the motorway A-7 (MA-20).

The completion of this infrastructure in 2014 facilitated the entrance to Malaga airport, which despite being one of the most important airports in Spain had only one entry through the old national road N-340. 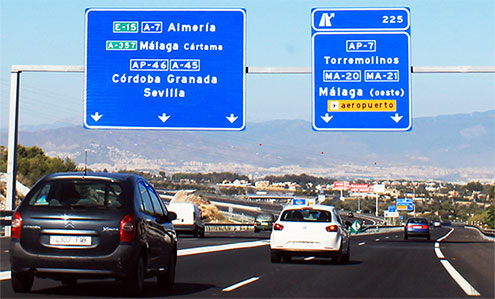 This is also very interesting for the many tourists who come to the Costa del Sol and rent a car at Malaga airport, since it facilitates the arrival to the airport facilities: Until now we were traveling along the A-7 to Torremolinos, be aware of the fork to the airport and after a few kilometres we had to take the exit to the old N-340 and another exit to reach the airport.

While not being an insurmountable problem, perhaps it is not the most placid journey if we are driving in the early morning to return the car or go a little clueless. The new southern access to Malaga airport reduces to a single exit from the A-7 at Guadalmar area and ends directly at the terminals. 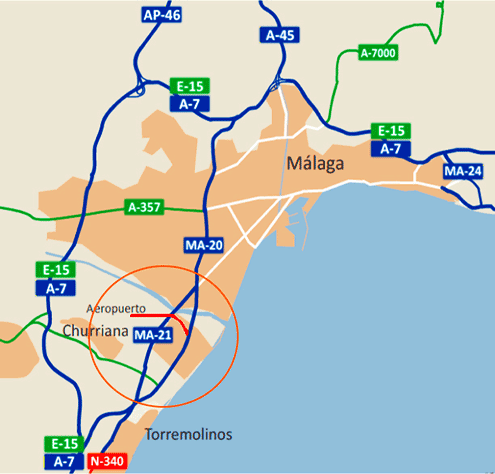 We recommend our customers who wish to return their vehicle to get to the Airport by the old MA-21 (Avenida de Velazquez). 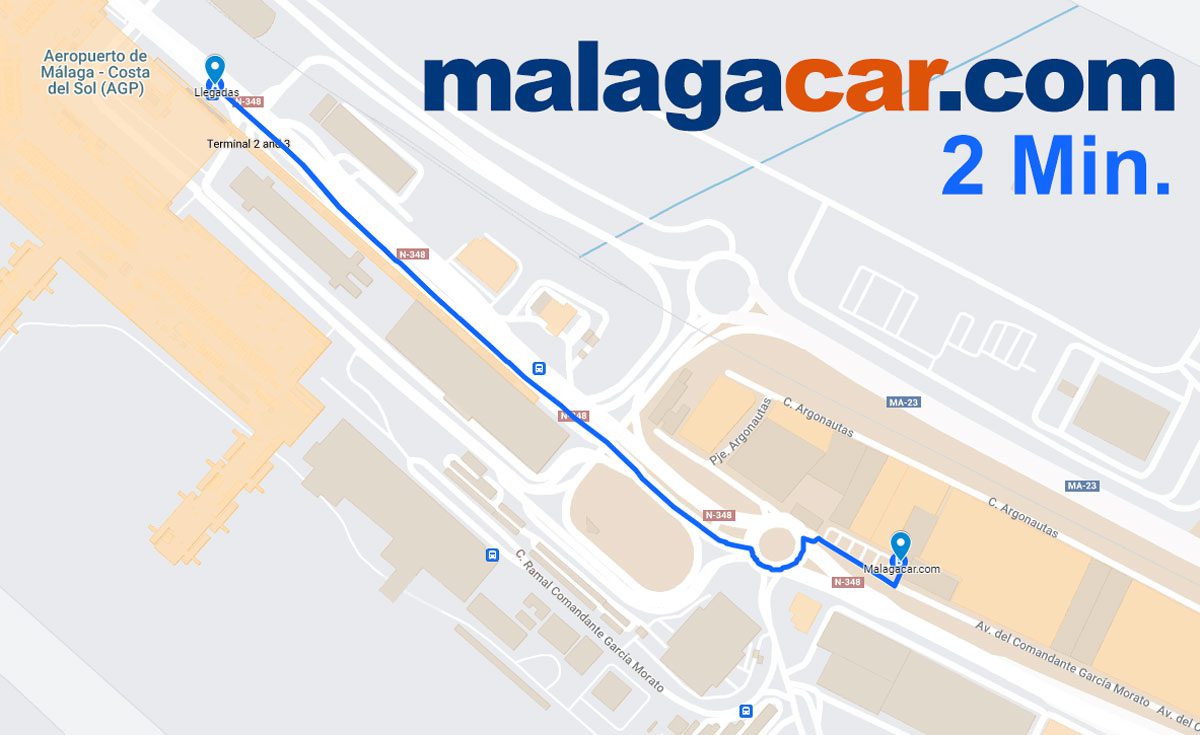 The following video shows how to get into the south access road:

Following are 4 videos: Arriving at the airport from the municipalities of the western Costa del Sol (from Cadiz) and from Malaga, with the respective exits for Arrivals and Departures. Enjoy the journey!

Conclusion about accessing the airport

Driving on the Motorway, you have the option of exiting to the airport on the MA-21 Avenida de Velazquez, which is the former airport access, or by the MA-20 you will enter the airport by the southern Access.

« Back to the airport guide.