This religious event in the province of Malaga has been declared of National Tourist Interest, and is celebrated every year in the centre of Malaga, where many processions take place carrying religious images from a Sunday to the following Friday.

The religious images are carried upon the so-called ‘tronos’ (thrones) by several men who parade them on their shoulders, amongst these thrones there is also a procession of penitents (dressed as Nazarenes and carrying candles, some of them even walk barefooted) that have made a promise in exchange of some kind of divine favour according to their beliefs.

The origins of this celebration date back to the conquest of the city by the Christian armies in 1487, the aim of these processions driven by the church during the middle ages was to combat other beliefs that were already settled in the city.

It was as from the mid 17th century when the art in the religious figures gained its own relevance in Malaga as previously the artists in charge of carving were either from Seville or Granada, but the arrival of the 20th century caused the definitive disappearance of Malaga’s style, going back to the carvings created by the artists from Seville and Granada.

The civil war caused the burning of many churches and figures used during the Holy Week, which was why later on they had to be rebuilt by artists from Malaga, Seville, Granada and even one from Valencia, therefore currently being the figures of a more recent construction.

The route of the processions during the Semana Santa (Holy Week)

During the days that the Holy Week is held, the different processions leave from their temples or brotherhoods, from where they head to where the official route starts in the main Alameda (the location in the past of the city’s defensive walls and where later on an avenue was built with noble houses and mansions, open to traffic as from 1925) and ending in Granada street, from where they return to their starting points. 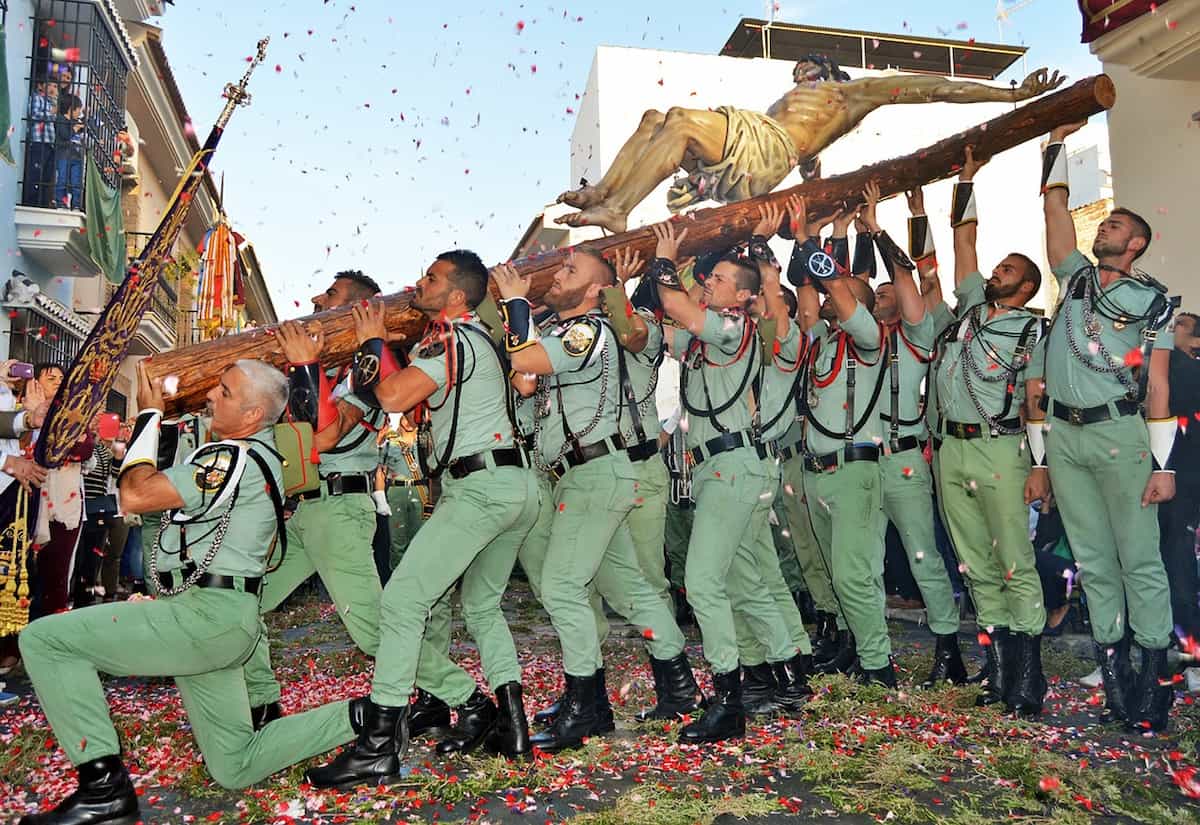 The time it normally takes to do the whole route is about 8 hours, although there are some processions that take less time than others.

Some of the elements of the Holy Week in Malaga:

The Nazarenes
They normally pay a fee that varies from 20 to 40 euros to dress up in a tunic and participate in the procession accompanying the thrones.

The Thrones
These religious representations tend to be very big in size and can weigh up to several tones.

The Throne Men
The aforementioned thrones are carried upon the shoulders of these men that support the heavy load. Some of the heaviest thrones can need up to 250 men to carry its weight.

The men that carry the throne, due to the immense weight, must walk coordinated, there is one person dedicated to mark the rhythm with bell rings to lift and lower the throne gently.

During the Holy Week the majority of the thrones are accompanied by music bands, with drums and cornets they make way for the procession.

The Holy Week is also celebrated in other municipalities in the province of Malaga such as Alhaurin de la Torre where exists a big "rivalry" between El cristo de la Vera Cruz and Jesus del Paso. 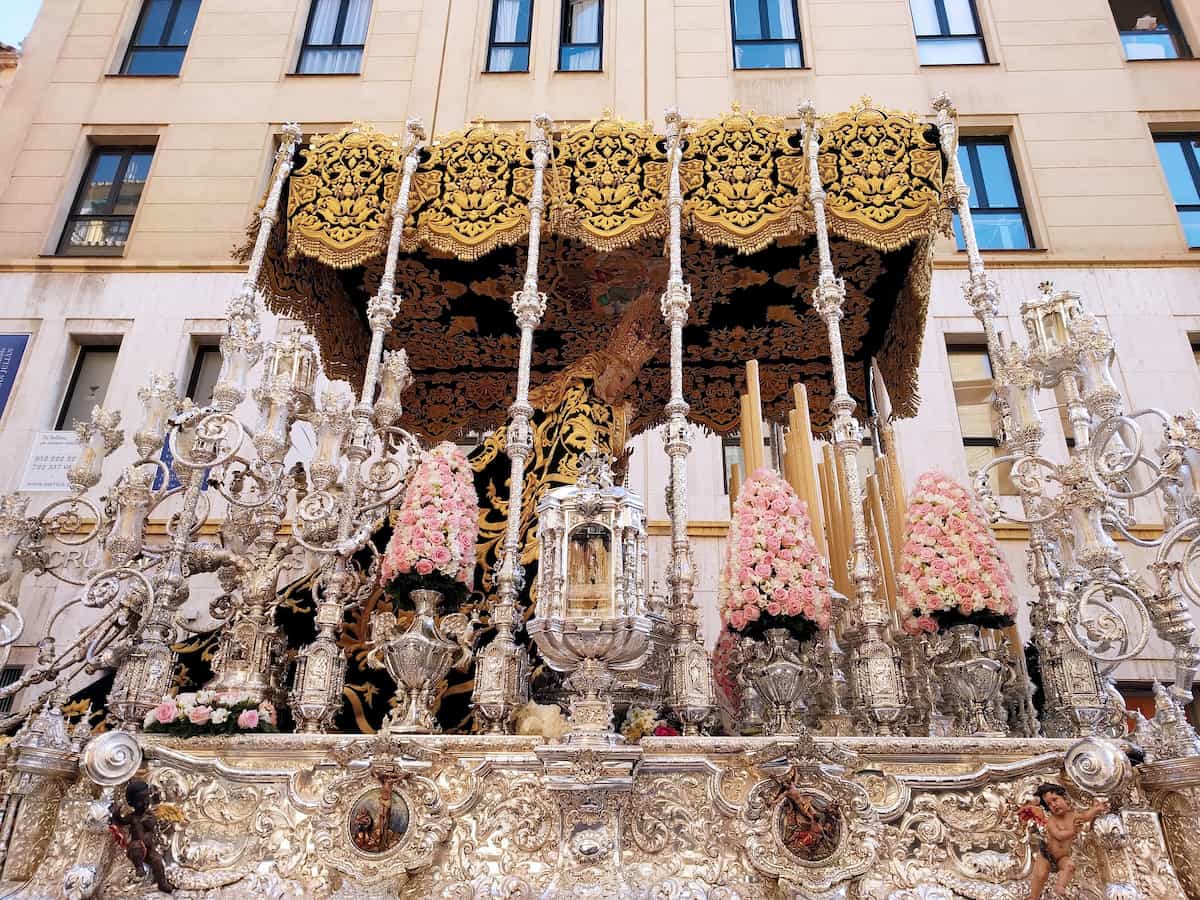