Alhaurin de la Torre is a municipality in Malaga province that is located to the East of the Mijas mountain range and has a natural landscape of pine trees, gardens and residential areas. 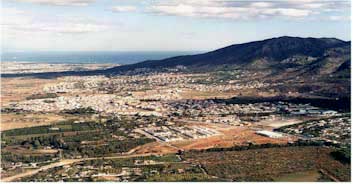 This municipality experienced an important population increase during the 90’s of the 20th century due to the expansion of Malaga’s metropolitan area.

Populated since the Ancient Age it was invaded by the Phoenicians approximately around the year 1000-700 A.C., when factories were founded. In the olden days minerals were extracted like lead, copper and iron. Subsequently, it was the place where a roman hamlet existed, known as Lauro Vetus, where according to some historians they decapitated a general who was a firm candidate against Julius Caesar (‘Pompeyo the Young’).

Numerous archaeological sites and traces from this period are still preserved with remains of mosaics, ceramics, coins, roman burials, etc.

During the Moslem occupation it was called Alhaurein. Remains of Arabic walls are to be found in the village, specifically in the Torre de Alhaurin vegetable garden.

The Muslim period formed the current urban layout that shows us numerous narrow, dead-end streets. Although the entrance of the Christian troops in 1482 brought the burning of cultivations and the partial destruction of the Arab buildings in Alhaurin and the reconstruction of the town centre. 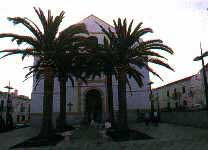 During the second half of the 20th century, Alhaurin de la Torre experienced a massive urban growth, especially as from 1990, and would no longer be just a typical farming village with a low population. 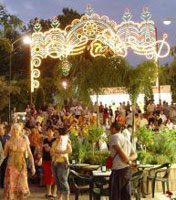 The following phone numbers could be useful for you in case you are travelling to Alhaurin de la Torre:

Get to Alhaurin de la Torre

We recommend to have an own vehicle for a greater comfort on our journeys, check o ur prices on our website. More information about bus lines at https://ctmam.es/

The map below shows where is Alhaurin de la Torre, for getting there you can check this link: