Granada Airport (GRX) is located in the town of Chauchina within the region of Vega del Genil about 18 kilometres from the city of Granada, about 21 minutes by car. Currently the airport receives flights from many international destinations such as London and Paris, as well as other national connections as Madrid, Barcelona, Palma de Mallorca, Ibiza and Valladolid among others, depending on the season.

Granada airport has its origin in the one of Armilla, one of the oldest airports in the peninsula and now a helicopter pilot school.

The first flights that took place in Armilla were in a static balloon around 1895 and the first airplane flight was in 1911. The first civil flight occurred in 1929; this activity was discontinued after the coup and the Spanish Civil War. After this conflict the airport reopened in 1946 with national and international destinations.

Since 1950, the continued growth and limited runway forced to move business operations to a new airport to be built, Granada's existing airport, which opened in 1972 and received national and international flights and even the Concorde, the last supersonic aircraft.

Its runway is 2900 meters long and 45 meters wide and has parking for 11 commercial aircrafts. The terminal building offers all the services you may need such as restaurant, VIP lounge, offices to rent a car at Granada airport, public parking etc. 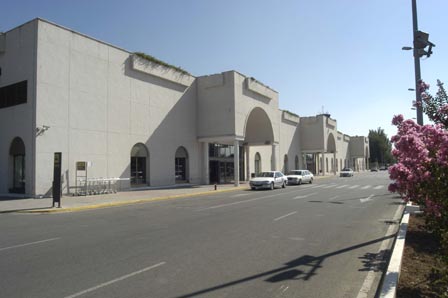 Transport from the Airport

You have several options for getting from the airport to Granada:

- Bus
The bus line connects with the city of Granada for a price of about 3 Euros and stops are: Airport – Avenida de la Constitución – Gran Via – Palacio de Congresos The bus stop is situated in the area of Arrivals and the schedule is as follows:

- Taxi from Granada Airport
If you want to take a taxi, you´ll it find the Arrivals area and the estimated price is:

Airlines operating at the airport

In this link you can view the current status of flights to Granada airport that change seasonally:aena-aeropuertos.es

Depending on the seasons other companies like Goodfly with Burgos and Valladolid and Transavia France with Paris, offer flights linking with Granada.

Services at the airport

Cafeteria Restaurant Los Abades
The cafe is located on the east side of the terminal building, next to the boarding area. In addition to the cafeteria, it has a service that offers sandwiches, salads, snacks, light food in general, plus drinks, ice cream, candy (the famous "piononos Santa Fe"), etc.

By proximity, many visitors choose to take a flight to Malaga airport from where you can rent a car or take a taxi from Malaga to Granada.