Murcia San Javier airport is situated on the north shore of the Mar Menor, in an inner lagoon of 170 kilometres which is perfect for doing all kinds of sports: sailing, golf, climbing, trekking, and so on. The strategic location of the airport takes you to a Mediterranean culture built on the pillars of different civilisations and settlements that left their mark and influences. Besides, the weather conditions - with an average annual temperature of 19 degrees - are ideal for both winter and summer tourism.

Since 1996, San Javier airport has experienced linear growth in passenger traffic and has consequently become a fundamental node with regards holiday and leisure transport to and from the Region of Murcia. During the years 2001, 2002 and 2003, it was one of the domestic airports with the greatest growth; 39%, 44% and 77%, respectively. 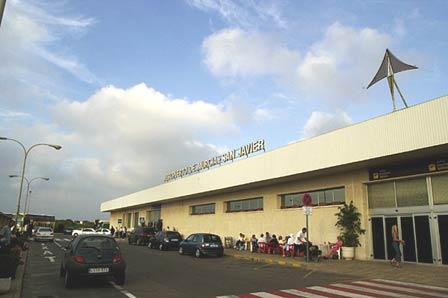 
back to: car hire malaga