The Abdalajis Valley is a municipality of the province of Malaga that we’ll find to the south of Antequera with a history that goes beyond the roman empire. Being a stopover point between the sea and the lands of the interior, it has left us a rich archaeological patrimony (like the ones found in the ‘Cuevas del Gato’ and in the ‘Cuevas del Ermitaño’). The name of this place came from the Arab period where the municipality re-emerged and was dominated for 699 years.

With a Mediterranean climate, where the presence of strong currents of wind are pretty frequent, and in summer they cause less insolation. In summer the average temperature is about 20º at night, and has an annual average of 15º.

The Abdalajis Valley mainly has its rainy season in Autumn and Spring.

The Abdalajis mountain range hosts an important fauna amongst which we must mention the eagle owl, the mountain goat, the griffon vulture, the golden eagle and the wildcat, amongst many others, which is why it’s quite likely to spot the occasional wild animal along our trekking route around the mountains. 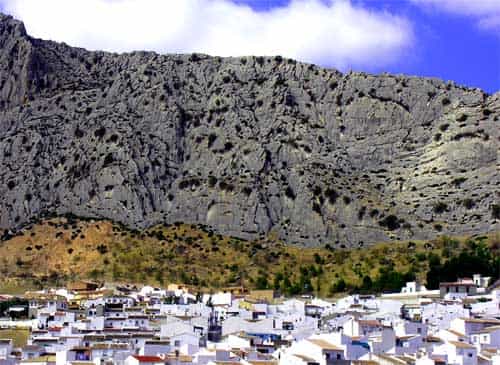 The route that goes from the Abdalajis Valley to El Chorro runs through the "Path of Las Pedreras". It’s a trekking route that’s suitable for all the public where we’ll surely enjoy an impressive beauty.

The route ends in El Chorro, in the narrow pass of Los Gaitanes, a place of incomparable beauty thanks to the narrow gorges created by the erosion of the sea from the tertiary period and the power of the river Guadalhorce, Guadalteba and Turon over the centuries.

Lets learn more about these two natural areas of the province of Malaga:

This hamlet belongs to the municipality of Alora and is situated near Antequera and the Abdalajis Valley. El Chorro is one of the main rock-climbing centres in Europe. In El Chorro the most popular points of interest are the famous ‘Caminito del Rey’ and the Narrow Pass of Los Gaitanes.

El Chorro has a train station which connects Malaga with Seville. If you wish to learn more about this place, feel free to visit our section on El Chorro.