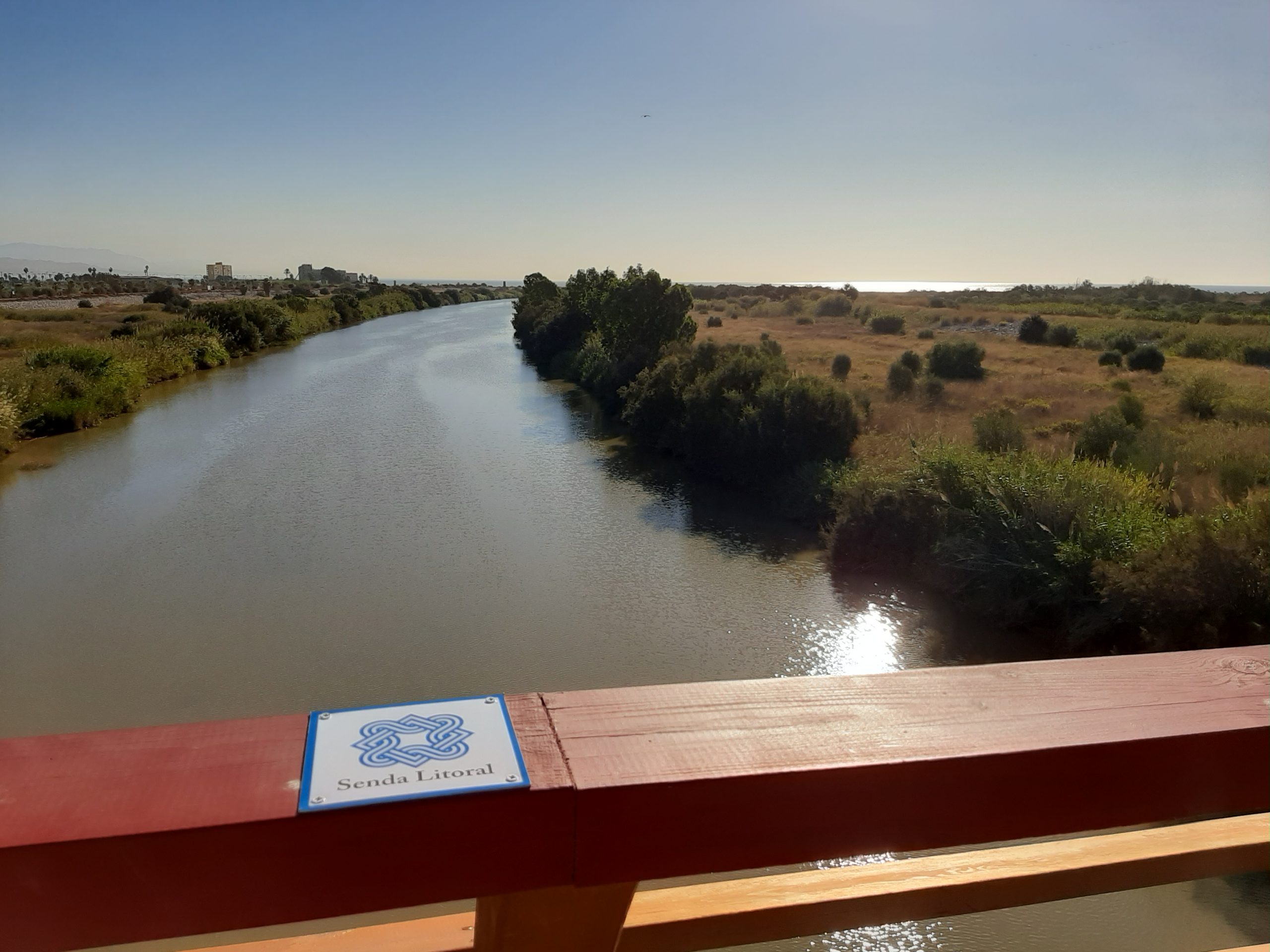 Join us in discovering the coastal path along 14 municipalities that make up the coast of Malaga. This magnificent project, which is currently 75% complete, offers the possibility of walking along the Mediterranean Sea along more than 160 km of coastline, from Manilva to Nerja, passing through Estepona, Marbella, Mijas, Fuengirola and Benaládena, Torremolinos, Málaga, Rincón de la Victoria, Torre del Mar, Algarrobo and Torrox, join us and discover it! 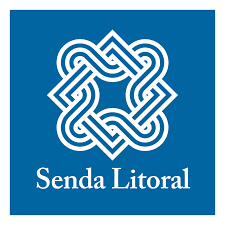 While in some sections it is allowed to ride a bike, the vast majority of the Coastal Path is covered on foot. Along the way we can enjoy all kinds of beaches, from the most urban ones next to the promenades where the Path runs, to the most natural ones (yes, there are still some!)

Current status of the Coastal Path

In this link you can find all the sections in use and in project here.

This path, made up of promenades and wooden walkways, passes through some of the most beautiful natural spaces, cliffs, rivers and beaches of the Malaga coast, with places as beautiful as La Araña, Peñón del Cuervo, Punta Chullera, the Artola Dunes, the delta of the Vélez River, the Guadalhorce Mouth or the rocky stretch between Calahonda and Calaburras in Mijas. 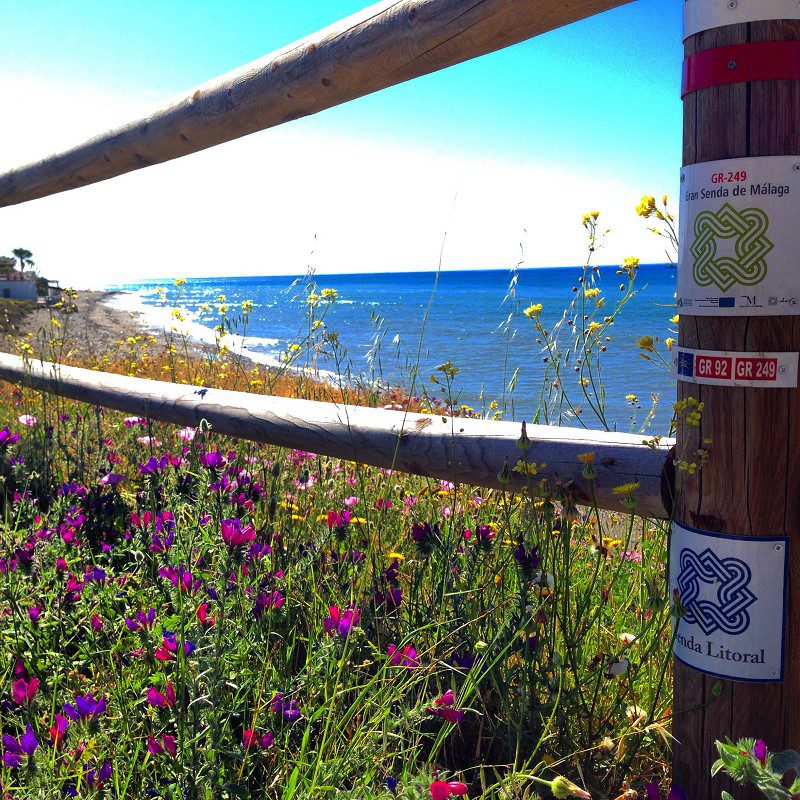 Information panels have been installed at 14 points that stand out for their wealth of underwater flora and fauna.

Along the coastal path we can discover more than 40 beacon towers, some of them hidden between buildings or integrated in their urban environment while others still stand tall on coves and rocks.

The origins of these beacon towers date back to the Andalusian period and the 14th century, with the function of watching over the coasts and warning of the frequent pirate incursions.

Complete information and photos of Nazarite beacon towers along the Coastal Path here.

The Costa del Sol is bathed by the Mediterranean Sea and is therefore closely linked to it through its 11 marinas.

We can find the most varied, from charming ports to great luxury, with history, good food and shops, to walk and enjoy restaurants and bars, where deserve special mention Puerto de Duquesa, Puerto de Estepona, Puerto Banús or Puerto de Cabopino in Marbella, Puerto Marina in Benalmádena or Muelle Uno in Malaga city and El Candado east of the city.

Complete information and photos of the Marinas along the Coastal Path here.

Video of the Coastal Path

https://www.youtube.com/watch?v=zJunv_dAcb4
At present, all coastal towns have some operational sections, but some are more beautiful because of their wooden walkways.

Reasons to walk the Coastal Path

Sections of the Coastal Path

The route between the two most western municipalities of the Costa del Sol has many sections of promenades, but also beautiful walkways and wooden bridges, passing along the castle de la Duquesa and the marina.

The latest addition to the project has been a wooden bridge over the stream connecting the existing path to the Torre de la Sal.

Casares and Estepona are now linked by the coastal path through a new footbridge over the La Jordana stream.

Estepona has stood out in the last few years for its good pace in building new sections of the path and today we can enjoy a beautiful walk by the sea in this municipality, with landmarks of scenic and historical value, such as the Guadalmansa Tower.

While the urban area of Marbella offers a beautiful and well-cared for promenade along more than 9 kilometres, the easternmost part of the city offers a totally different experience next to the protected natural area of the Artola Dunes, where the route runs along wooden walkways.

The municipality of Mijas Costa currently has more than seven kilometres of coastal path and was one of the first to have almost all the sections.

Specifically, from the border with the municipality of Marbella to just before the Chaparral beach, one of the most complete paths of this great provincial coastal route can be made there.

This route also stands out for passing through more varied landscapes and viewpoints with explanatory panels on coastal biodiversity.

Since Fuengirola is practically entirely urban, it already “had the job done”, as it has its own promenade.

In fact, until recently, Fuengirola was the Andalusian municipality with the longest promenade, with more than 7 km lengh. A good urban walk from the Sohail castle, crossing the Fuengirola river and its fluvial park, passing by an infinity of beach bars. In the last kilometre before reaching Benalmádena, the beach becomes a little more natural.

Benalmádena stands out in its most western part by beautiful cliffs and some sections of high landscape value with wooden footbridges.

The rest of the path in this municipality runs along its long and very busy promenade, passing by the Neo-Arabic castle Bil-Bil and Puerto Marina, awarded on several occasions as the best marina in the world.

The Coastal Path is also almost complete and runs almost entirely along the promenade of this popular coastal town.

Torremolinos has also provided a bicycle lane along most of the section. The last section of the Senda litoral in eastern Torremolinos, already bordering the city of Málaga, is a wooden footbridge, currently under construction.

From Torremolinos to Malaga, the path passes through the natural area of the Guadalhorce River. There is a great biodiversity of birds and flora.

At the beginning of October 2020 was inaugurated a 120-metre wooden bridge; this bridge allow us to contemplate the rich fauna, without disturbing it when migratory birds nest, etc.

We cycled from Los Alamos in Torremolinos to Sacaba in Malaga. The route along the coast is interrupted for several kilometres, where you have to go on a road, which is still not very optimal.

However, once you have reached the river estuary, there is plenty of space available to spread out. There are several paths to choose from to follow the riverbed to the beach.

We were surprised by the large volume of water that the Guadalhorce River carries; even after so many months without rain. As a little advice, if you don’t like crowds of people, try to go early and avoid weekends.

Entering Malaga, the path also runs entirely along the long promenade, passing directly along the old town and Muelle Uno.

From the centre of Málaga you can walk about 14 kilometres along the beach to Rincón de la Victoria.

The Senda Litoral de Málaga crosses Cantal Bajo between La Cala del Moral and Rincón de la Victoria. This stretch is especially beautiful as you can see in this video: https://www.facebook.com/DisfrutadelaAxarquia/videos/226739172082643/

In Rincón de la Victoria the path is almost complete, only its easternmost section bordering Vélez-Málaga is missing.

In this municipality there is no coastal path yet, except the alredy existing promenade.

Between Vélez-Málaga, Algarrobo and Torrox there are quite long stretches of promenade that are used as a coastal path.

It passes through Puerto de la Caleta and several watchtowers, such as La Ladeá de Algarrobo, the one in Lagos (Vélez-Málaga) or one in El Morche (Torrox) or the important archaeological sites of the Torrox Lighthouse.

The coastal path from Torrox to Nerja runs partly along spectacular cliffs with magnificent views. It passes next to the river Chillar, and finally along the promenade that ends at the Balcón de Europa.

Have you done any section of the Costa del Sol Path? Let us know!

Genalguacil, the open-air art museum village
Go with the flow: Surfing in Malaga 13 things to do on Valentine’s Day in Malaga
Subscribe