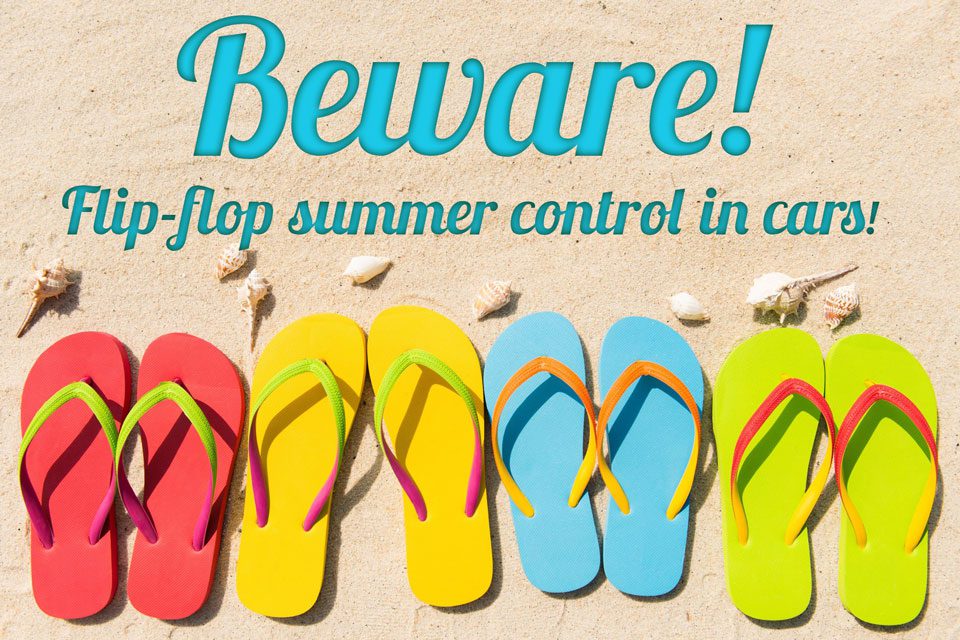 No worries dear Friends, it a joke. As also seems the official statement of DGT (Spanish General Traffic Institution) regarding punishable actions, like driving with flip-flops or barefoot, without a shirt or sticking the elbow out the window. Yes. We warn you, it´s hilarious. Yet it’s true. Those new drivers out there are worrying right now, trying to avoid anything that could get them a ticket.

As every summer, the social media are full of posts stating that it´s an infringement to drive for instance without shirt or drinking water and people get quickly exasperated with this kind of notice, the DGT released a statement in an attempt to clarify the facts. We can heartily and laughingly confirm that they completely failed to do so.

In this 2-sheet paper is firstly mentioned the current law which resumes as follows “…The driver is obliged to maintain at every moment his liberty of movement, the field of view and continuous attention to the traffic, maintaining the correct position and those of other passengers, correct placement of objects and animals and has to be in any moment able to control his vehicle…”

You can already imagine. Very ambiguous.

According to these articles, it is not an infringement to drive without shirt, flip-flops or drinking water for instance.

If driving with flip-flops keeps the driver from driving correctly, then it is punishable.

Conclusions: We are as illuminated as before. And can´t help to sniff behind the ambiguity a certain freedom to fine at the will of each agent… don´t come across a bad tempered Guardia Civil with your flip-flops…! The best Beach Clubs on the Costa del Sol
Subscribe