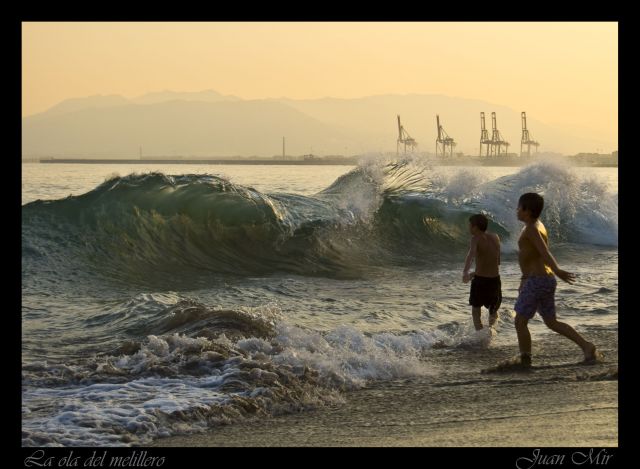 During the summer days you can observe in Malaga a phenomenon that is always repeated at the same time.

A small “tsunami” suddenly invades the beaches of Malaga and catches by surprise those bathers unaware of this phenomenon who are lying at first beach line just a few meters from the sea.

What is this strange phenomenon that has drenched more than one and has occasionally taken mobile devices and other prized possessions?

Well, this sudden rise of the tide on the shore is not a strange phenomenon but is due to the entry and exit of the Fast Ferry to Melilla, thus its name (Wave Melillero).

From July 1 it will occur every Friday at 9 pm and every Sunday at 7.30 pm, especially on the beaches of Sacaba, but also at La Misericordia, Huelin and La Malagueta.

If you want to “catch the wave” or simply know when best not to get too close to the water, here you have the

Calendar of the wave of Melillero Low Emission Zone Malaga – Everything you need to know