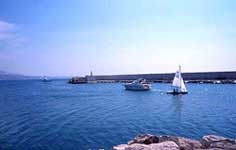 Fuengirola is a popular municipality on the Costa del Sol, in the province of Malaga. It’s a tourist destination with plenty of services available for the whole family. It has a long coastline and a lovely port, as well as a wide variety of restaurants to enjoy the great weather accompanied by the best seafood of the area.

The old quarter of Fuengirola is situated surrounding the Constitution Square, and to the north is the old fishermen district known today as Los Boliches. The municipality of Fuengirola is located exactly between Benalmadena and Mijas Costa, approximately 30 kilometres away from the centre of Malaga. 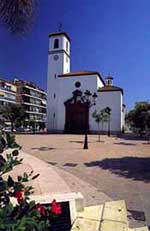 It was from the Christian army’s conquest when Fuengirola acquired the name that in time would end up sounding very similar to its name today, “Font-jirola”. During the Arab period the village was known as Sohail (the name given to the castle), which is a phonetic adaption of Suel, the previous roman name that came from the Phoenician name Syalis.

Various writers from ancient times like Mela, Ptolomeo, Hecateo or Plinio situate Syalis between Malaca and Salduba (Malaga and Marbella). As from the 3rd century before our era, Syalis and all the settlements of southern Hispania passed on to roman dominion.

Several archaeological sites have been found that date back to when the romans stayed in Suel (which was how Fuengirola was known in roman times), highlighting the baths and the fish salting house, as well as a statue of the goddess Venus.

The area of Fuengirola was later on occupied by the vandals as from the 5th century and then subsequently by the Byzantines, although it was abandoned shortly after for unknown reasons, maybe a seaquake, or pirates or due to the constant Visigoth assaults...This dark period in the history of Fuengirola soon saw the light when the Arabs arrived from the north of Africa who contributed to the written history, as they named the municipality and its castle Sohail.

The Christian conquest arrived on the 7th of August 1485, and the Sohail castle was conquered. After the Arab’s defeat, they tried to repopulate the area, but the attempt failed due to the threat from northern Africa, amongst other reasons, so Fuengirola was merely used as a coastal vigilance spot.

As the threat of invasion gradually disappeared over the passage of time, the population began to settle, although not in the same place where historically the Romans and Phoenicians, or Arabs, had settled before, but on the other side of the river, where little by little a population urban core was created.

The railway arrived at Fuengirola in 1916 and cars, four years later...and it was from 1930 onwards when they began to build hotels which was the beginning of this municipality’s touristic future that hasn’t stop growing ever since.

What to do and to see in Fuengirola 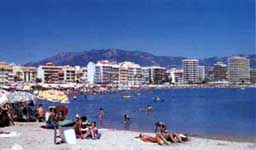 Fuengirola offers numerous places of interest for the visitor, apart from its 8 kilometres of beaches, which are the main tourist attractions of the city:

Sohail Castle: It’s an Arab citadel that was built in the year 956 upon a roman fortress. Situated by the mouth of the Fuengirola river and it often hosts all kinds of events inside.

Finca del Secretario (The Secretary’s land): Roman archaeological site from the 1st and 5th century situated in the local neighbourhood of Los Pacos where there’s an old fish salting factory and a thermal area.

Fuengirola Zoo: It hosts a wide diversity of animal species and it’s a highly recommended visit, specially if you visit with the whole family.

History museum: In this museum we’ll find a collection of archaeological remains related to the history of Fuengirola; It has items that date back to the Phoenicians, Romans and Arabs.

The cultural activities in Fuengirola are many organised during the summer, celebrating many of them inside the Sohail castle. Two of the main celebrations held there, are: The Beer Festival and The Medieval Market.

Fuengirola also host significant events like the Fuengirola Cinema Festival and the International Trade Fair, both events take place towards the end of April and beginning of May.

If you enjoy shopping we recommend a visit to the second-hand market that takes place every Saturday morning in the fairground.

Fuengirola offers a complete transport network that includes buses and a suburban train that connects to the Malaga train station with stops in Carvajal, Torreblanca, Los Boliches and Fuengirola (in that order). Fuengirola train station is currently the last stop of the suburban line, although there are plans to extend it all the way to Marbella towards the western part of the Costa del Sol, and up to Nerja to the east.

This municipality has a very pleasant port offering a ferry service that connects to the port in Benalmadena (Puerto Marina) every day during the high season and twice a week in low season.

How to get to Fuengirola

The distance from Malaga airport to Fuengirola is only 25 Km. and the route you must take is very simple and very well signposted. If you don’t have a vehicle you can hire a car in Malaga with us and you’ll reach Fuengirola in 20 minutes along the Mediterranean highway as you can see on the map here below:

Video of the road route:

back to: car hire at malaga airport