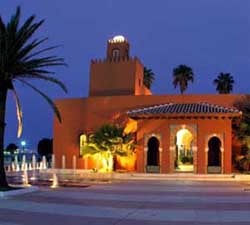 Benalmadena is a municipality on the Costa del Sol, situated between Torremolinos and Mijas; it extends along the coast and part of the inland area that reaches the foot of the Mijas mountain range.

Benalmadena is a popular tourist destination all year round, and one of the most important places in Malaga when it comes to visitors, with great amount of tourist attractions to offer, of which we can highlight for example its village up in the top part of Benalmadena, starting at ‘Arroyo de la Miel’ and showing those who visit its marvellous panoramic views of the coast and its typical buildings.

The village’s origin dates back to the Muslim period, moment in which they built a walled village and a fortress. This village is of great touristic interest and has the typical elements of the Andalusian white villages. 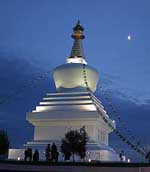 Arroyo de la Miel is where the majority of Benalmadena’s autochthonous population lives; situated right in between the coast and the mountain range, where we’ll find a wide variety of shops and services. From the centre of Arroyo de la Miel, if we head down towards Benalmadena Costa or Puerto Marina, we’ll come across a very well-known park called ‘Parque de la Paloma’ that has animals running around freely and will undoubtedly be a delightful visit for both kids and adults.

The name ‘Arroyo de la Miel’, meaning honey steam, comes from the olden days when there used to be a huge amount of bee honeycombs and streams during the Reconquista. 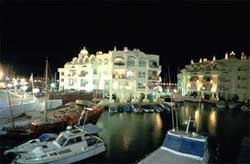 The coast is the area where all the hotels and tourists are gathered, where we’ll find casinos, golf courses, the port (Puerto Marina), restaurants, a long seafront promenade to go for a pleasant stroll and of course the fantastic Benalmadena beaches.

According to different findings, human population has existed in Benalmadena for over 20.000 years, with the Phoenicians and Romans passing through here later on, of which you may find archaeological remains in the Benalmadena museum.

After the arrival of the Visigoths and the Byzantines, and thanks to the Muslim conquest, the area witnessed an important development, and it was the very Muslims who gave Benalmadena its name.

This development and all the Roman advances were stopped with the arrival of the Christian armies who destroyed and submerged the place into the darkness, and it’s during this period when the Arab name was translated into Spanish and began to be called Benalmaina.

It was in 1784 when, thanks to the opening of a few paper factories in Arroyo de la Miel, the town begins to take shape with the construction of a group of houses around the factories.

The great population increase begins in the 1950’s/60’s with the birth and constant growth of Tourism in southern Spain.

Today Benalmadena is the desired destination for many tourists every year.