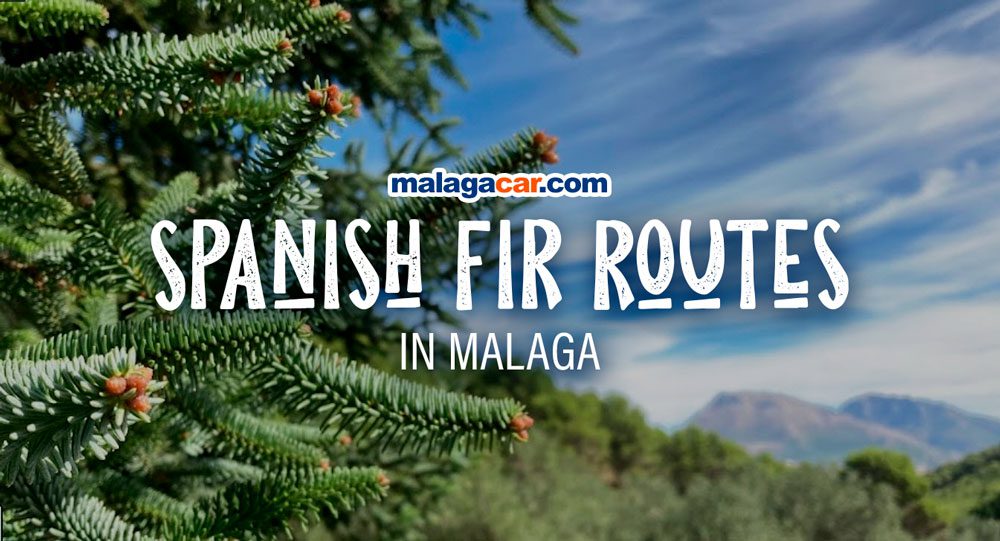 We know from the opinions of our clients that they do not only enjoy the sunny beaches of the Costa del Sol and its almost infinite leisure offer. Many of them are lovers of nature and active tourism in Malaga.

For them we have prepared this article of Routes through the Spanish Fir forests in Malaga, the oldest forests of the province, sure you will not be able to resist its magic, like out of a story of a Nordic saga or a book of Tolkien, join us!

The Spanish Fir (Pinsapar), an ancient and unique ecosystem in the world, is located in Malaga and Cadiz. These pure, dense, shady and humid mountain forests are like something out of a fairy tale, offering a landscape like those of northern Europe, but in the south and close to the sea.


As they need cold and humidity, they prefer shady slopes and heights, with Sierra de las Nieves being the ideal place with the largest population in the world, followed by Sierra Bermeja.

The Sierra de las Nieves (Snowy Mountain range) is home to the largest population of Spanish Firs in the Iberian Peninsula, spread between the municipalities of Parauta, Tolox, Ronda and Yunquera.

In the high mountains of Sierra de las Nieves, we can enjoy many routes that take us through the most extensive and best-preserved Spanish Fir forests in the world.

Sierra de las Nieves is the highest part of the Serranía de Ronda, with the highest mountain in western Andalusia, the Torrecilla Peak with 1,919 metres above sea level, where it usually snows in winter, hence its name. 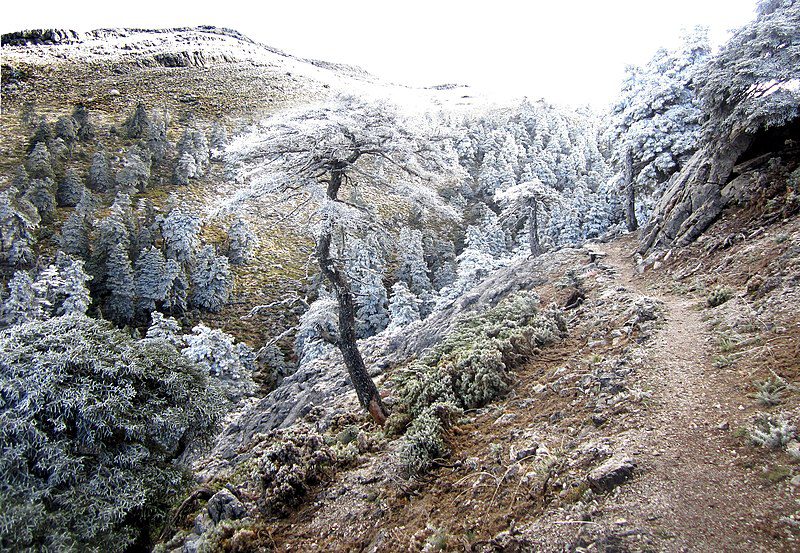 In the past, snow pits were built on the peaks to store the snow inside during the winter and then distribute it to the villages during the summer.

A small but beautiful Spanish Fir forest located in the gorge of the Pilones stream.

The route is easy, about 6 km, but with a difference in altitude of almost 600 metres, which is compensated by spectacular views of Sierra de las Nieves at 1,500 metres above sea level.

Description of the route on Wikiloc.

Very close to Yunquera is located this large expanse of fir forests, in fact, the Yunquera fir forest is the largest in the world.

The area has several places of interest for hiking enthusiasts such as the Mirador Puerto Saucillo and the Mirador Luis Ceballos, about which you can find more information in our article Sierra de las Nieves National Park.

Along the route we can find several old snow pits with explanatory signs explaining how they were used in the past to store snow for the summer months.

It is a 10 km circular route through the Sierra de las Nieves with a moderate level and a gradient of almost 700 metres, so it is more suitable for more experienced hikers.

Description of the route on Wikiloc.

It is an ideal route to enjoy a day out with the family because of its low difficulty and the wonderful areas it crosses. It is a circular route of 8 km without big slopes.
Description of the route on Wikiloc.

This route leads to one of the natural monuments of Andalusia, the Pinsapo de lsa Escaleretas, located in the municipality of Parauta. 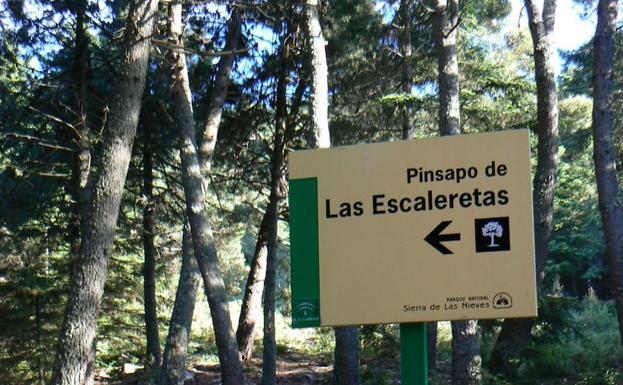 It is a nice place to do a not very demanding route with the family. The views are spectacular from the viewpoint, on a clear day you can see the African coast. The starting point is from the recreational area of Los Quejigales.

Another route option on Wikiloc.

One of our favourite routes through the Sierra Bermeja natural park, so called because of the minerals contained in its rocks giving them their characteristic reddish colour.

From the centre of Estepona we drive up to Los Reales de Sierra Bermeja at almost 1,500 metres above sea level. It is a very popular route due to its proximity to the coast.

As we gain altitude, we can enjoy spectacular views of the Costa del Sol and, from the Salvador Guerrero viewpoint, we can even see the Strait of Gibraltar and the African Coast. 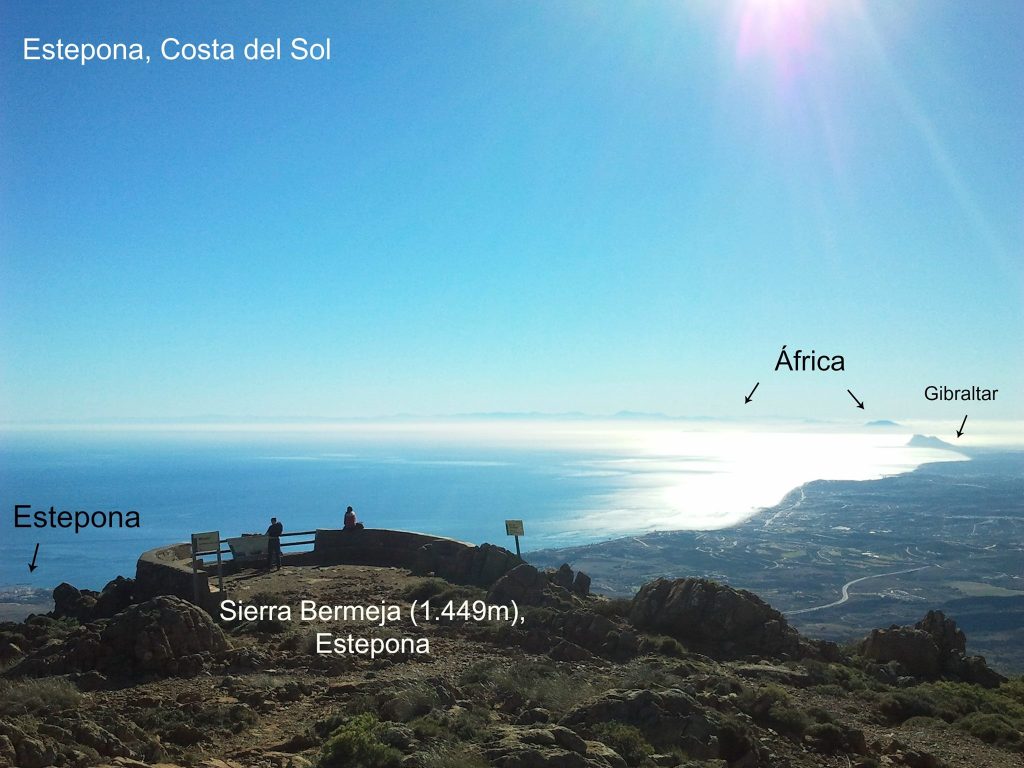 The path itself is almost 8 km long and is circular, of medium difficulty due to a gradient of 400 metres.

From ico Los Reales we can contemplate wonderful views of Serranía de Ronda and the Genal Valley.

Note: Due to a major forest fire in 2021 some routes are closed to protect the recovery of fauna and reforestation works.

You can find the description of the route on Wikiloc.

On our interactive map you will find all the places described above, how to get there, as well as photos and other people’s opinions. Route of the 18 most spectacular caves in Malaga
Subscribe