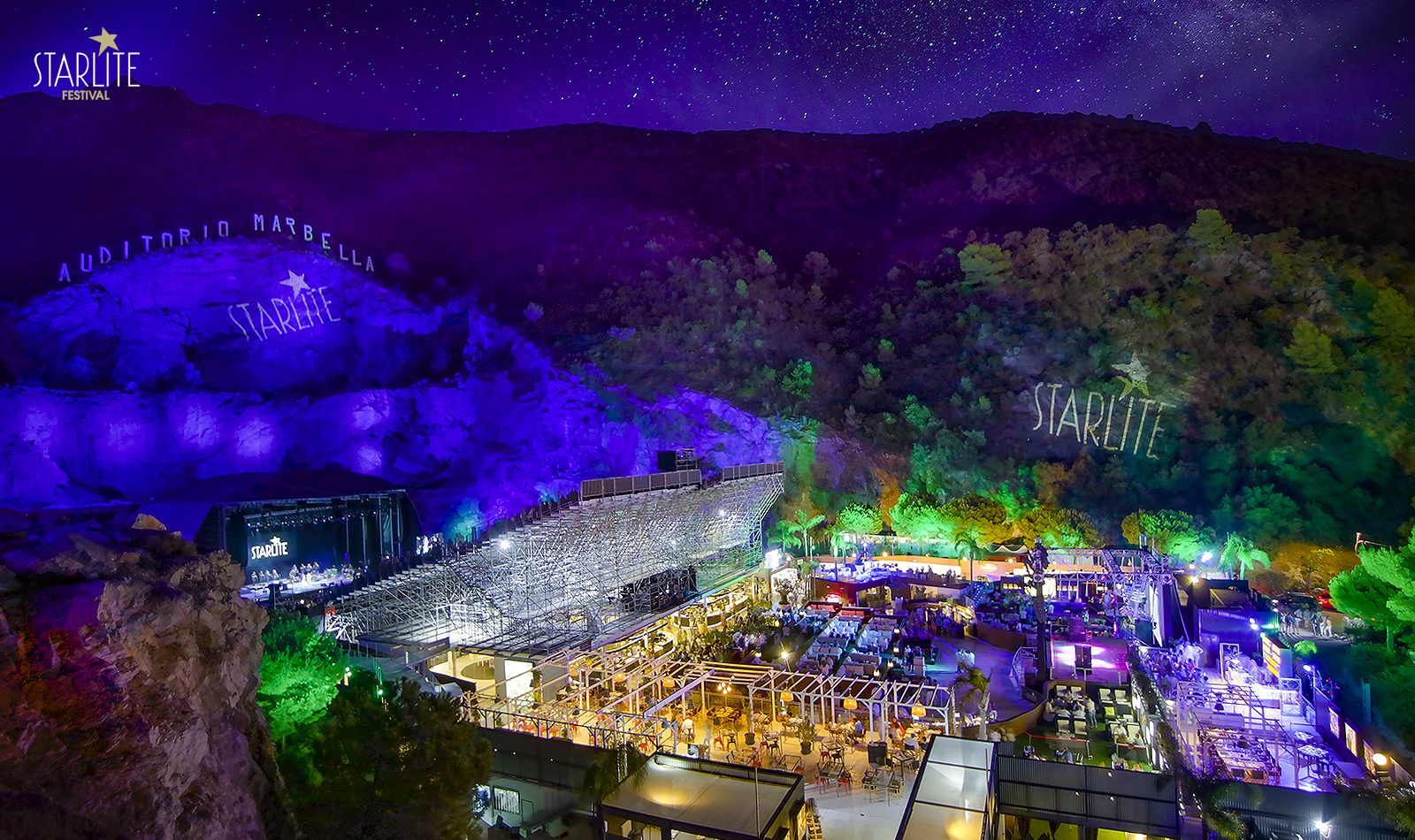 This year the Costa del Sol is buzzing with open-air concerts.

Without a doubt, one of the best venues is Starlite Marbella. Each year it brings prestigious artists in small capacity boutique concerts in an unbeatable location in the Cantera de Nagüeles.

In its 11th edition, the boutique festival in Marbella will feature almost 50 days of concerts during the months of June, July, August and September.  And with a line-up that brings together the most important artists on the music scene.

What is so special about Starlite Marbella?

Starlite is one of the best, if not the best, boutique festival in Europe.

Its special feature is both its location, an abandoned quarry 5 km from the centre of Marbella.

Its a unique stage surrounded by a 60 high rock wall which creates an impressive acoustic and visual effect.

In addition, the capacity is quite small, with a maximum of 2,200 people, which creates a very intimate closeness with the artists.

1 July – Vanesa Martín
5 July – Chucho Valdés and friends
6 July – Diana Ross will give her only concert in Spain with her latest album “Thank you”. 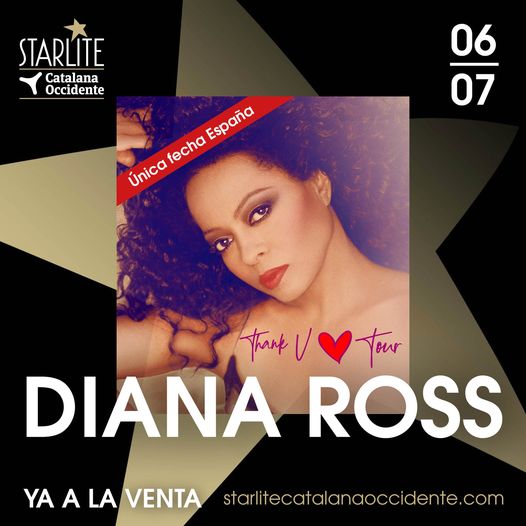 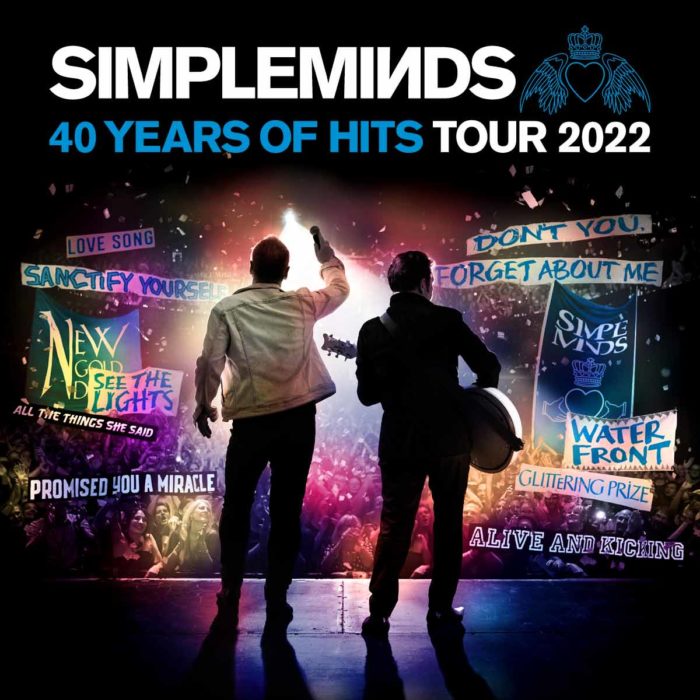 The Auditorium stage has numbered seats divided into grandstand, stalls and boxes with premium service just 20 metres from the stage.

There are 38 VIP boxes for up to 8 people each, which can be purchased by the week, fortnight, month and season.

VIP box tickets include VIP parking, welcome drink, amenities during the concert, waiter service, as well as priority booking in the lounge area and restaurant. Box hire at rrpp@avory.net

The Lounge is the ideal place to enjoy a cocktail before the concert. It opens at 8 pm and admission is free until midnight.

There are also several gastro spaces. There you can enjoy an aperitif with a variety of finger foods, pizza or hamburgers in a chill out atmosphere. 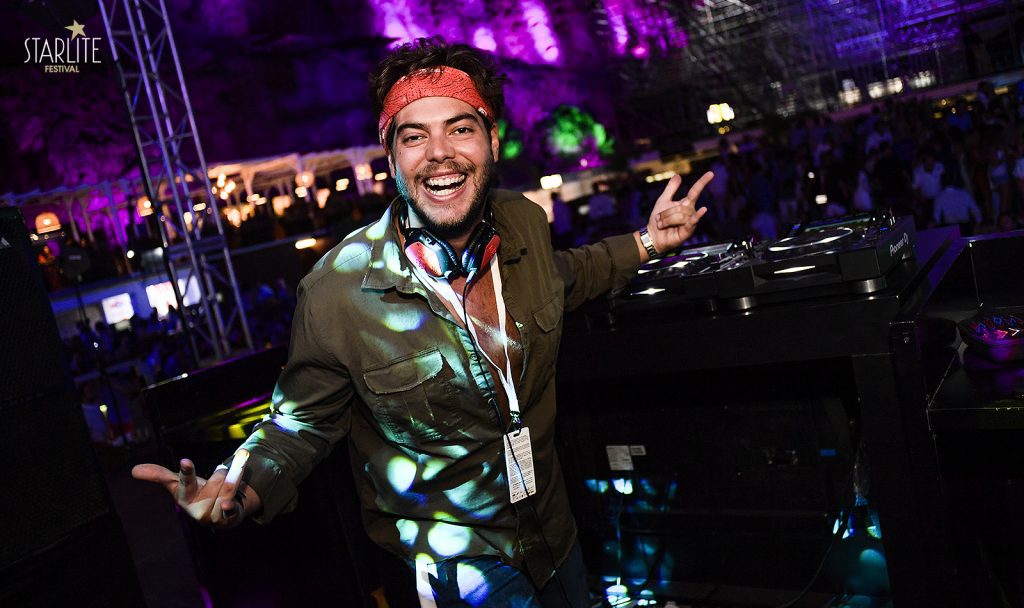 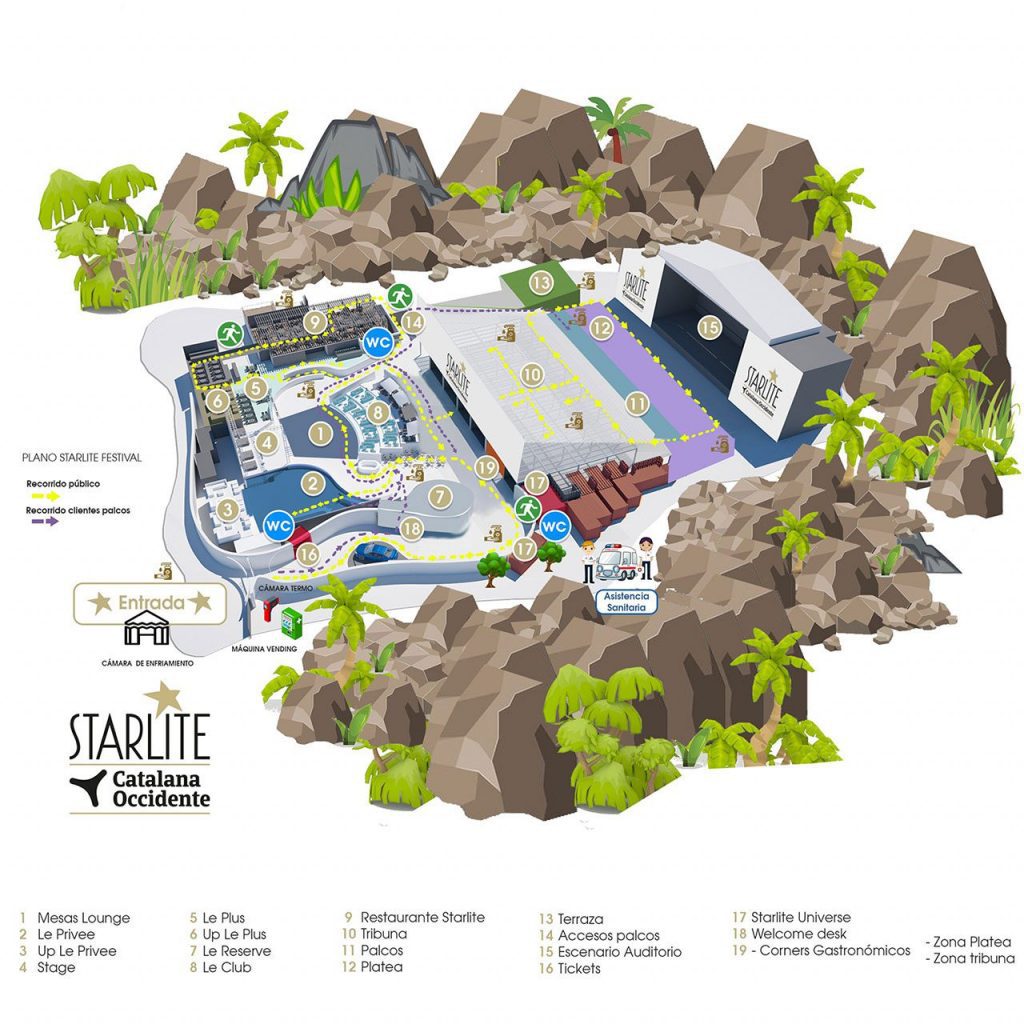 Starlite opens every day at 8 pm.

The gastronomy and restaurant area opens at 8 pm.

Concerts taking place on the Auditorium Stage start at 10 pm.

Optionally, you can also just go to the DJ sessions buying a single ticket. The price varies depending on the session each day.

A “stop” at the sessions after the concert is a good idea. Meet up with friends and dance for a while as the crowds of people queuing for the shuttle to the car park disperse. The night is young!

How to get to there

How to get to Cantera de Nagueles: https://goo.gl/maps/GHpAMKftRFDeiYpx6 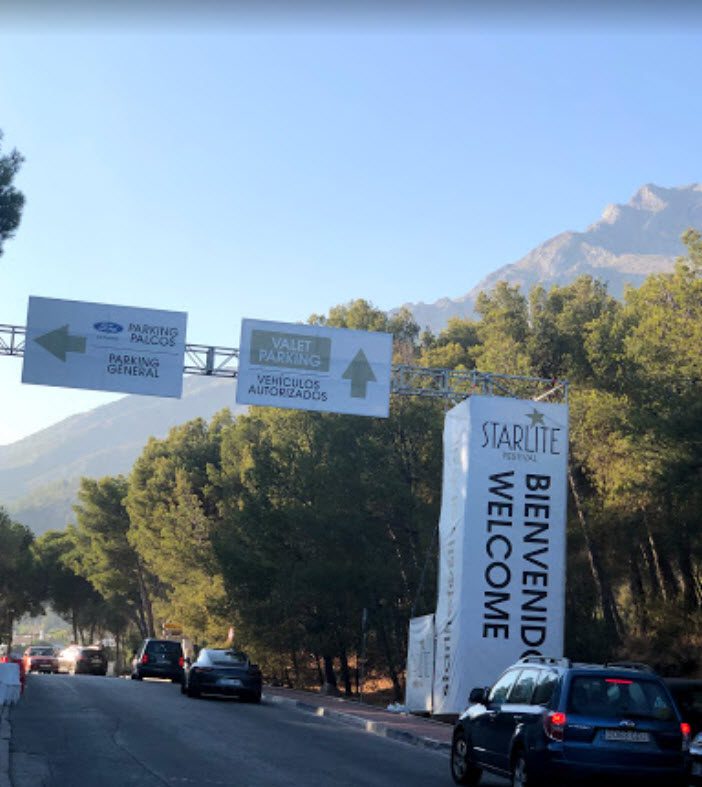 General car park: free for festival-goers with shuttle service. The entrance is located one kilometre away.

VIP Parking: for Gold and Silver Box tickets with private driver to the red carpet.

Valet Parking: for Platinum Box tickets. You can take your vehicle to the red carpet where the venue staff will park it for you.

There is a bus service from the centre of Marbella to Starlite, line 10 via Marbella Alameda, Farmacia Berdaguer, Edificio Portillo, Porcelanosa to Starlite. The bus runs every half an hour until 5.30 am.

The accesses to Starlite are adapted and there are prepared areas near the stage of the Auditorium for people with reduced mobility. More information at info@starlitemarbella.com.

Don’t want to worry about parking and buses? No problem!

Did you know that at MalagaCar.com we also offer a magnificent transfer service?

As simple as picking you up at the place and time indicated and bringing you back after the concert. It couldn’t be easier! 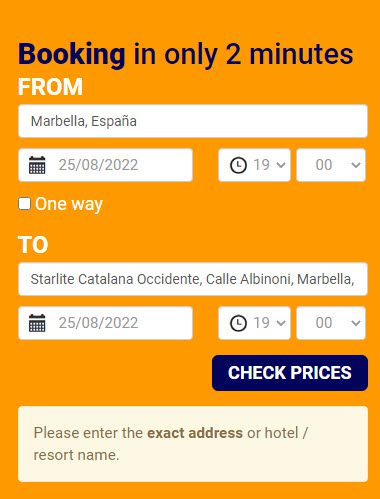 With the Official Starlite App you can keep up to date with all the news about the latest edition of the festival. Buy your tickets, find information and schedules about the concerts.

In addition you receive personalised notifications and warnings about possible incidents, and access the venue maps with all the points of interest you may need.
For Iphone and Android.

Tickets can be purchased on the official website of the event.

The best Music Festivals on the Costa del Sol 2022

As mentioned at the beginning of this article, this year we probably have more open-air concerts than ever before!

After 2 years of freedom and fun reduced to a minimum, there is no lack of people wanting to party! 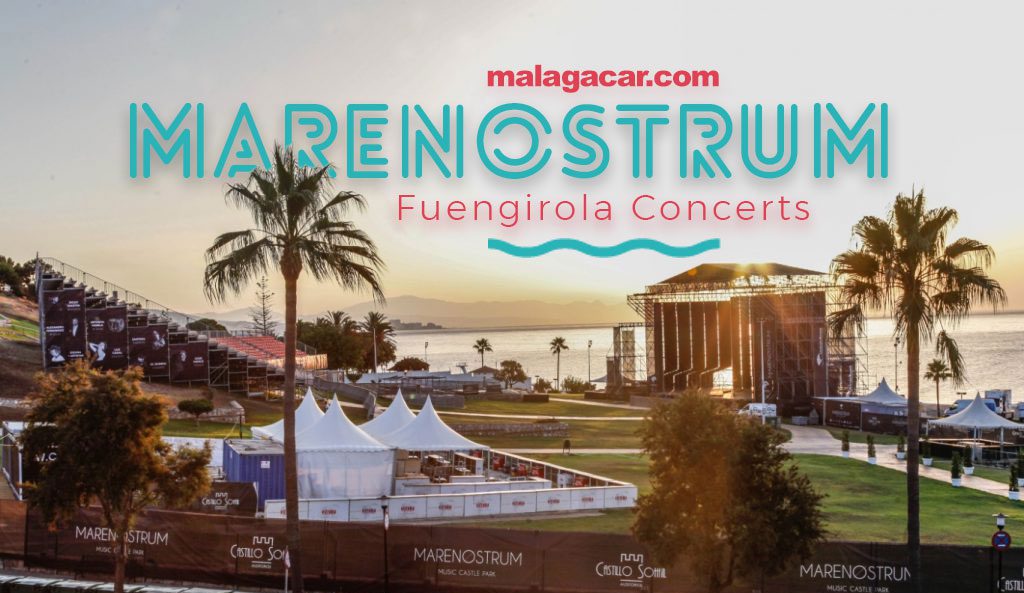 In addition to Starlite, a no less spectacular location is Marenostrom Fuengirola: a magnificent stage just a few metres from the sea, situated on the hillside of the Moorish fortress Sohail.

Discover all the Marenostrum Fuengirola concerts this year and everything you need to know.

Festivals all along the coast 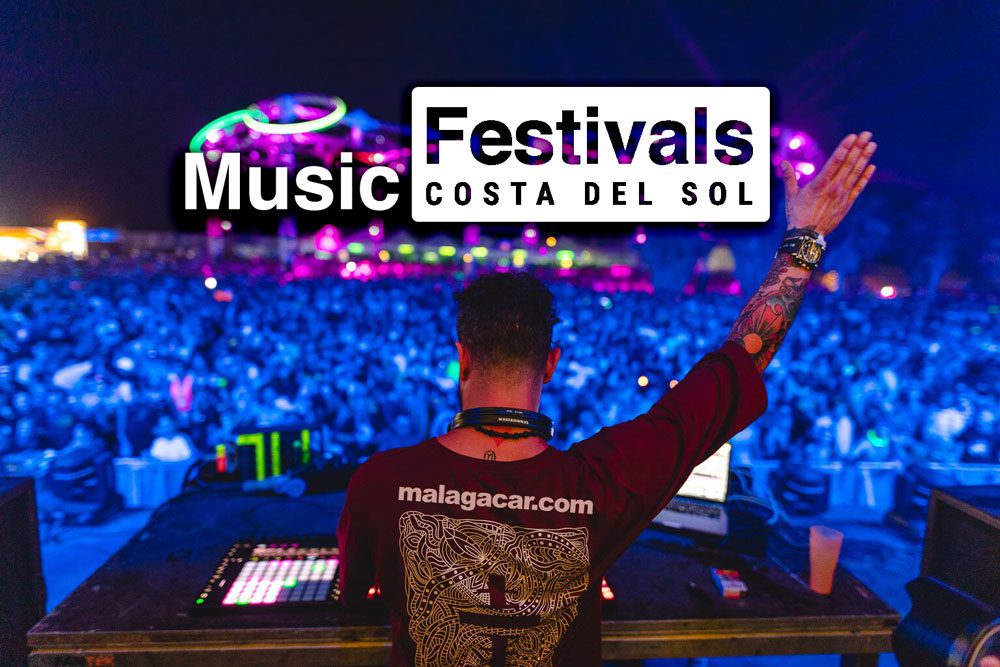 It doesn’t end with Starlite and Marenostrum, no! If you don’t dance this year, it’s because you don’t want to: Reggeton, Techno, international and national bands, Rock, Metal, Pop, Hip hop, Latin… What more do you want?

Discover all the Festivals on the Costa del Sol 2022!