The natural environment in Nerja is beautiful which is why it’s a very recommended area for trekking, a paradise that stills preserves its natural essence where we’ll discover spots of great beauty.

There are 6 recommended routes in Nerja for trekking and walking:

The reservoir of the Chillar Channel

This path runs alongside the river, it’s a route that one must be prepared for as most of the path that we must follow goes along the riverbed and throughout the whole year the water in some places can reach up to the knees.

This route can be accessed from the area after the sports centre, following a trail that descends towards the riverbed or from the mouth on the beach. After a while walking alongside the channel, we’ll reach a place where we’ll be able to go for a refreshing swim after the long walk, as from here it gets more complicated. 2 kilometres further up we’ll get to the reservoir, a place where the river enlarges and walking gets harder, and in some points it can even get dangerous so one has to be particularly careful. The distance from the start to the reservoir is around 8 hours, so it’s a good idea to do it with time ahead.

To get to this trekking route, we'll have to travel about 6 kilometres after turning off from the N-340 towards the Nerja Cave. From the entrance to the Nerja Cave's parking lot, we follow the path that begins next to a pine forest.

Approximately two kilometres along the way we turn off to the left at the fork, this path will lead us to the Esparto Fountain and to an area that has drinkable water and public barbecues.

Navachica route along the Hunters’ Cliff

This route departs from the Esparto Fountain and has an 18 kilometre journey to end up ascending to the Navachica peak that has a height of 1832 metres. It’s a route of medium difficulty, we recommend to go prepared and leave home very early to make the most of the day and do it during the season of the year when the days are longer. One must be very careful not to abandon the path, there are semi-hidden wells in between the vegetation. 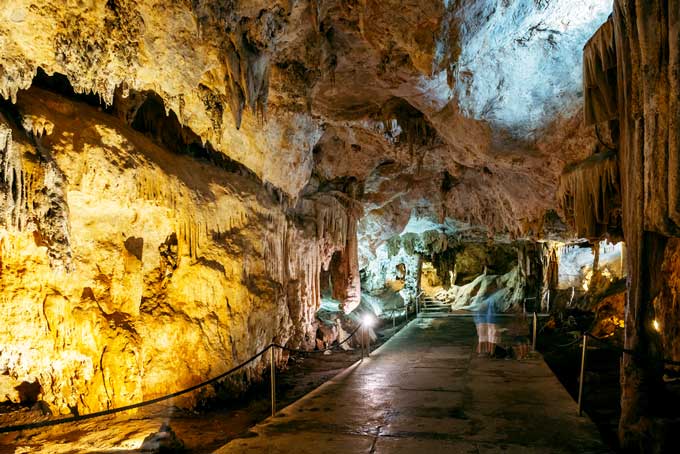 A spectacular trekking route that’s one kilometre away from the mines. This route will lead us towards a mountain port on the northern side of Almendron from where we can see the whole valley.

Passed the kilometre 298 of the N-340, we ascend until we reach the Farmhouses of the Source, where the river begins. Here we’ll be able to leave our car to head towards the Castillejos Rock, from its peak we’ll be able to contemplate spectacular views of the valley and the coast.

Route of Nerja Cave to The Sky Peak

This 18-kilometre route is lineal and has a medium/high difficulty, and gets more complicated the further we ascend to the peak. It can be done in approximately 7 hours at a calm rhythm and with breaks. The minimum age recommended to do it is 18 years old.