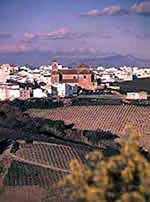 Manilva is a municipality in the province of Malaga belonging to the Costa del Sol that limits with Casares and with the province of Cadiz to the west. It’s situated approximately 95 kilometres away from the capital city of Malaga.

Manilva’s location by the Mediterranean and near the Strait of Gibraltar have caused this area to be inhabited throughout history by the majority of the villages that have passed through the peninsula, from the Neolithic period, passing through the Phoenicians and the remains of Ceramics found until the Roman occupation with a large amount of sites found, where we must highlight the Roman villa of Sabinillas, and the archaeological complex of the surroundings of the Duquesa Castle. 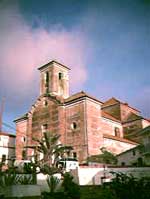 The Muslims also arrived at the area, and in those moments the population was rural and dispersed depending mainly on the Casares fortress.

In 1485, the Christian invasion took control of Casares and consequently the Manilva area. It was in 1530 when the Manilva Farmstead arose, that still depended on Casares, due to the necessity of repopulating the lands near the coast trying to avoid the north African piracy that were present in the area.

It was in 1796 when Manilva became independent from Casares and built a castle to protect the area from the pirates who raided the Spanish coasts.

Manilva has various places that are worth visiting and that relate the history of this place: 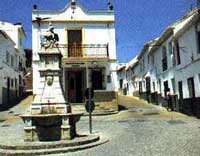 How to get to Manilva

The trip to Manilva by car from Malaga airport is about 93 kilometres, and should take approximately an hour to get there. If you need a vehicle you can check out our prices for car hire at Malaga airport.

On the map below you can see our recommended route from Malaga airport to Manilva, you can either choose the toll road ot the coast road.

back to: cheap malaga car hire