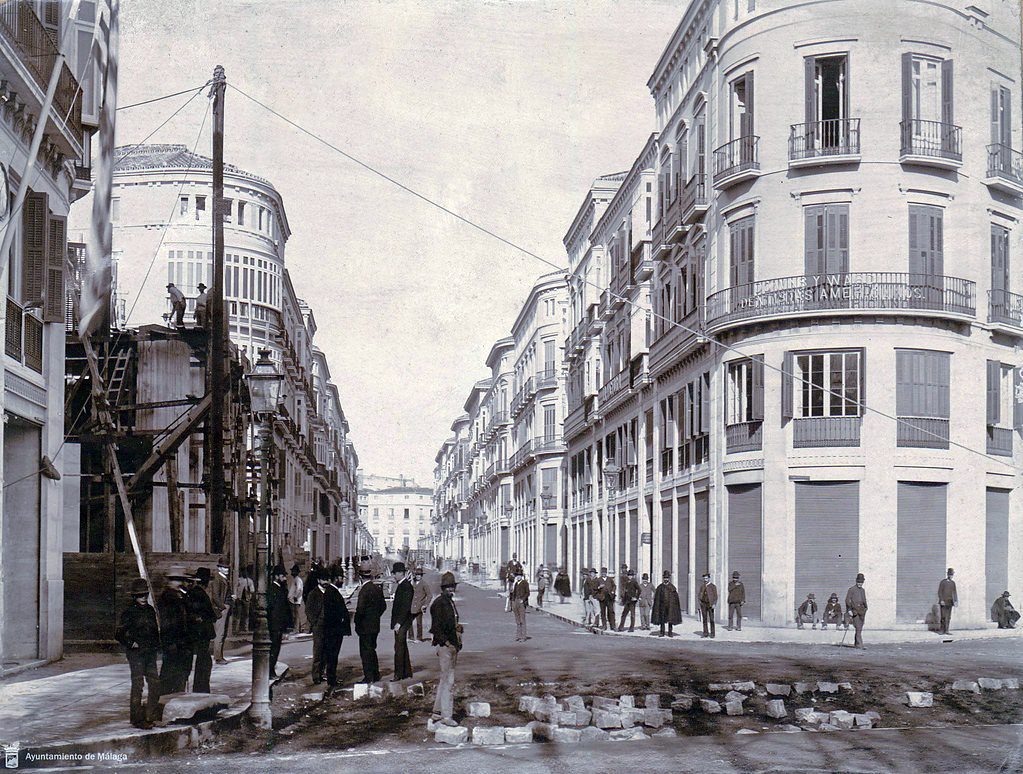 Dear readers and friends of MalagaCar.com, we are in Christmas time and the year is ending. Come with us for an enjoyable walk along the most famous street of Malaga, Calle Larios at Christmas time.

Built by the Marquis de Larios, it was an urbanistic and architectural landmark at the time. Soon it become one of the best examples of 19th century urbanism in the world.

Another great milestone for today’s main shopping artery was the pedestrianisation of the street in 2001, which was certainly a great idea.

Here we can see before and after.

Currently Calle Larios is one of the ten most expensive streets in the world.

It is the nerve centre of Malaga’s social life and the scene of numerous events, such as Easter Week, the Christmas lights, Carnival parades or the Larios Fashion Week with the longest open-air cat walk.

The installation of the Christmas lights in Calle Larios traditionally starts at the end of October. That gives rise to such unusual images as tourists walking around in short sleeves or people celebrating Halloween.

And this year we have even seen Easter processions under the Christmas lights. Anything is possible. 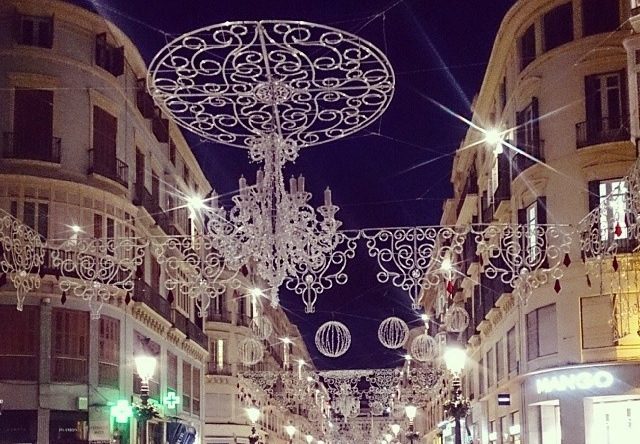 2014: This was for many the most magnificent decoration to date when an authentic, majestic Gothic cathedral was unveiled.

Unfortunately, it never came back, we don’t know why, perhaps it has been imported to another part of the world where it now stands. 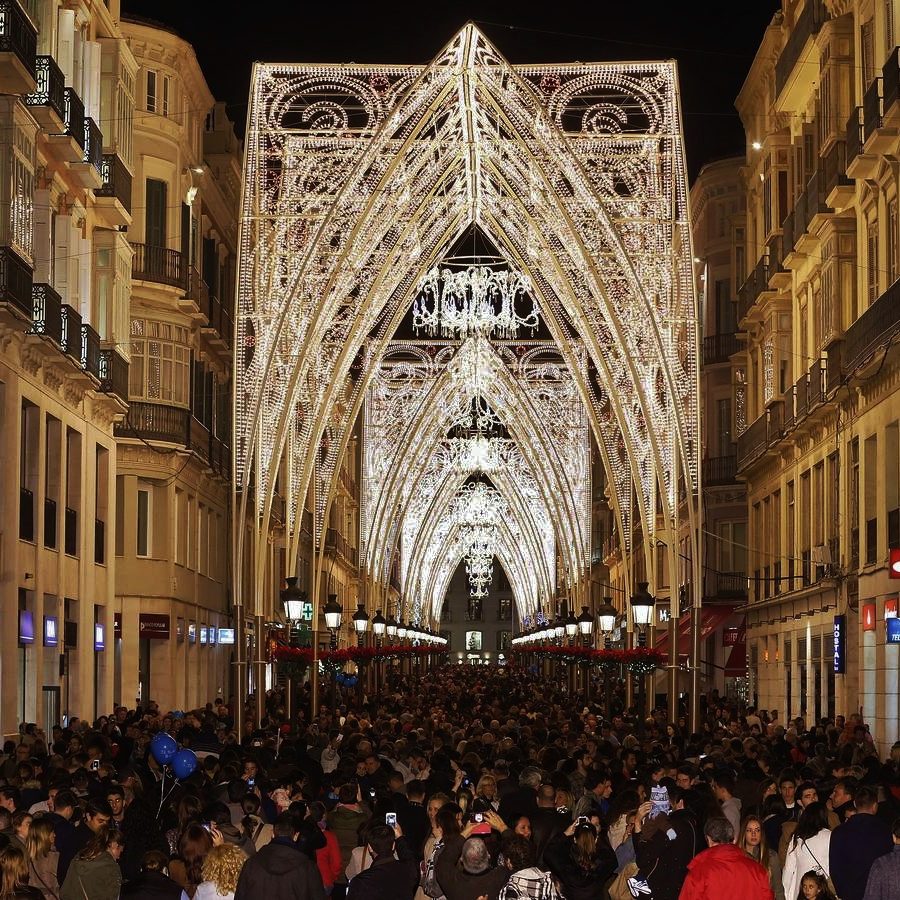 In 2015 Calle Larios inaugurated its Christmas with a starry sky. It was also maintained in 2016 but with a new addition that marked a before and after: light shows and music at specific times.

In 2017 and 2018 we were able to enjoy a cathedral again; this time inspired by the Cathedral of Malaga, with its stained-glass windows included. In our opinion, beautiful too, but no comparison to the previous one.

We are now in our third year with the “Christmas forest”. Probably one of the most fanciful and least Christmassy sets because of its colours and floral appearance. Nevertheless, it certainly looks spectacular when lit up.

• Responsible for such luminous magnificence is the Cordoba based company Ximenez, founded in 1945. The company’s history goes back to a simple star that the founder made and installed at Christmas in his appliance shop.

This idea was such a success that the following year, the town council commissioned Jiménez to light the main street of Puente Genil. From there, it gradually spread to other municipalities.

• The structure remains after Christmas and is used for carnival. The little angels are removed and masks are added in their place.

• The day it snowed in Calle Larios. Last year we were able to enjoy a very different picture when it “snowed” in Malaga.

In fact, it was a half-hour hailstorm that dyed the streets white. It is very, very rare that it snows in Malaga as it did in that historic year 1954.

You can also add your own answer. Thank you very much for participating! Things to do in Malaga in December 2021