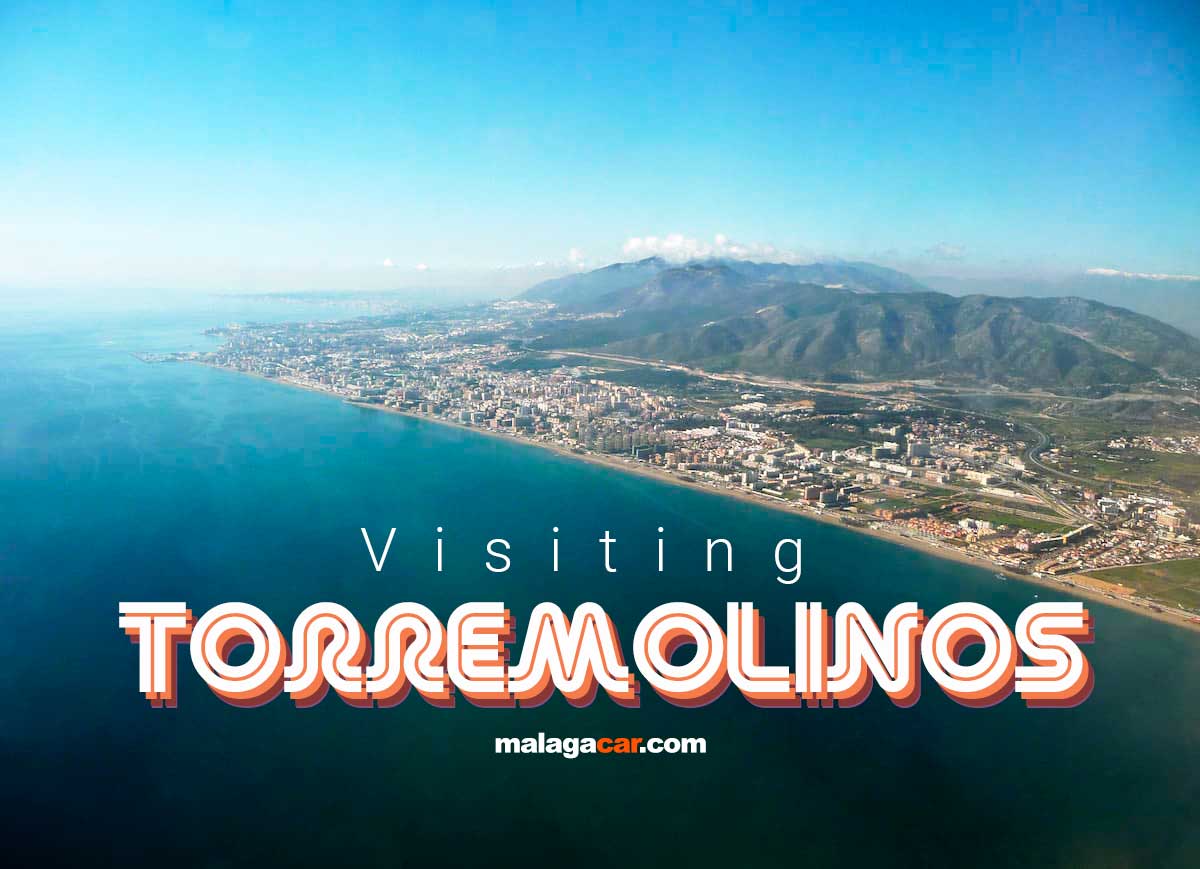 Torremolinos, the birthplace of tourism on the Costa del Sol and one of the most popular international sun and beach destinations in Southern Europe, is located just 7 km from Malaga International Airport.

A bit of history

Torremolinos was no more than a small fishing village on an idyllic coastline of cliffs and waterfalls when in 1898 the Langworthy couple bought the building perched on a cliff.

They transformed the grounds into a beautiful place with gardens and vantage points overlooking the sea and unspoilt coastline.

Sir Langworthy never got over the early death of his wife and turned his residence into a refuge for the poor and sick, giving them a peseta (which could then feed a whole family for a day) in exchange for reading passages from the bible. From there he became known as “the Englishman of the peseta”.

In this way he basically spent his enormous fortune and to recover a bit of his economy he agreed to use the residence as the first hotel in Torremolinos (today the Santa Clara Hotel), which was visited by Picasso, Dalí and Gala Eluard, among others.

By the way, Dalí’s muse was the first woman in history who dared to go topless on the Costa del Sol. We’ll tell you more about it below!

The golden years of Torremolinos

Tourism in Torremolinos emerged with great force after the war in the 50s of the last century.

Even during the hardest years of the dictatorship, Torremolinos was from the beginning a place with a lot of freedom and permissiveness, totally unthinkable in the rest of the country.

Those were the golden years of Torremolinos with a bohemian air, attracting the international jet set, among them Grace Kelly, Elisabeth Taylor, Ava Gardner, Marlon Brando, Orson Welles, Brigitte Bardot or Frank Sinatra.

Casa de los Navajas is a beautiful neo-Mudejar style palace with Mozarabic touches, built in 1925 by the Navajas family next to the Bajondillo beach.

The completely renovated building hosts weddings, as well as various exhibitions, concerts and theatre, making it a must-see historical building in Torremolinos. 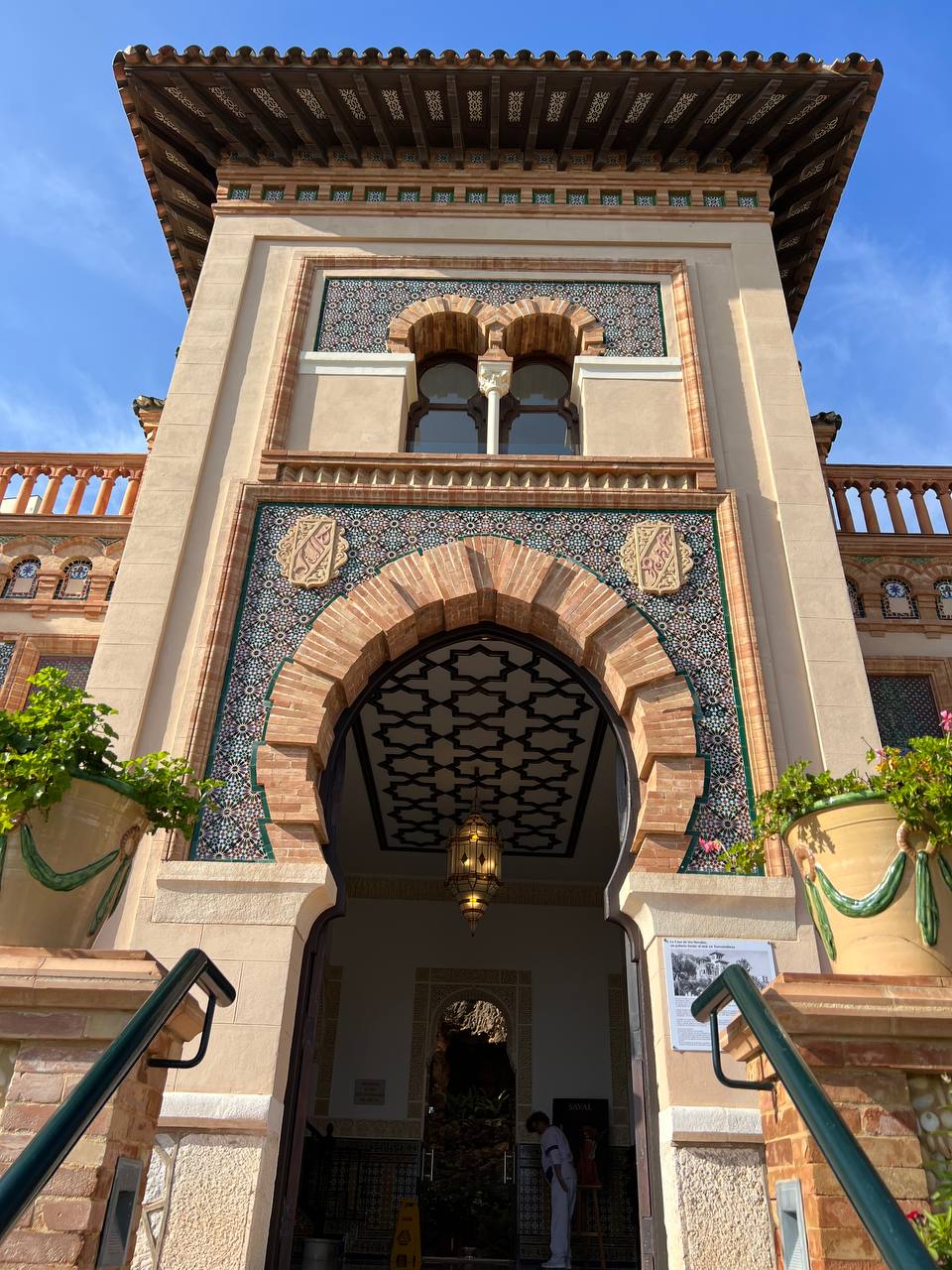 Situated on a cliff in the historic centre of Torremolinos, it was built more than 700 years ago as part of the defensive network against pirate raids.

The Parque de la Batería is situated to the north of the Carihuela beach. It is one of the few green spaces in the city nowadays, with a large artificial lake where you can rent boats.

Designed for family recreation, it also has a classic merry-go-round, a lookout tower, a fitness area, a cycle path and a large children’s play area. Unfortunately, dogs are not allowed in the park.

The city has a charming Botanical Garden on the outskirts, very close to the Los Manantiales pine grove. Its origin is linked to the many water springs in the area.

The 15,000 square metre site is home to many species of fauna, birds and two springs. In addition, a unique Japanese Garden can be visited in one part of the garden.

Opening hours: January, February, March, April, October, November and December from 9 am to 6 pm. From May to September from 10 am to 9 pm. Closed on Mondays.
Ticket Price: 3€ / Children and senior citizens free.

In the following links you have available audio-guides of the places of interest in Torremolinos in Spanish, French, English and German. 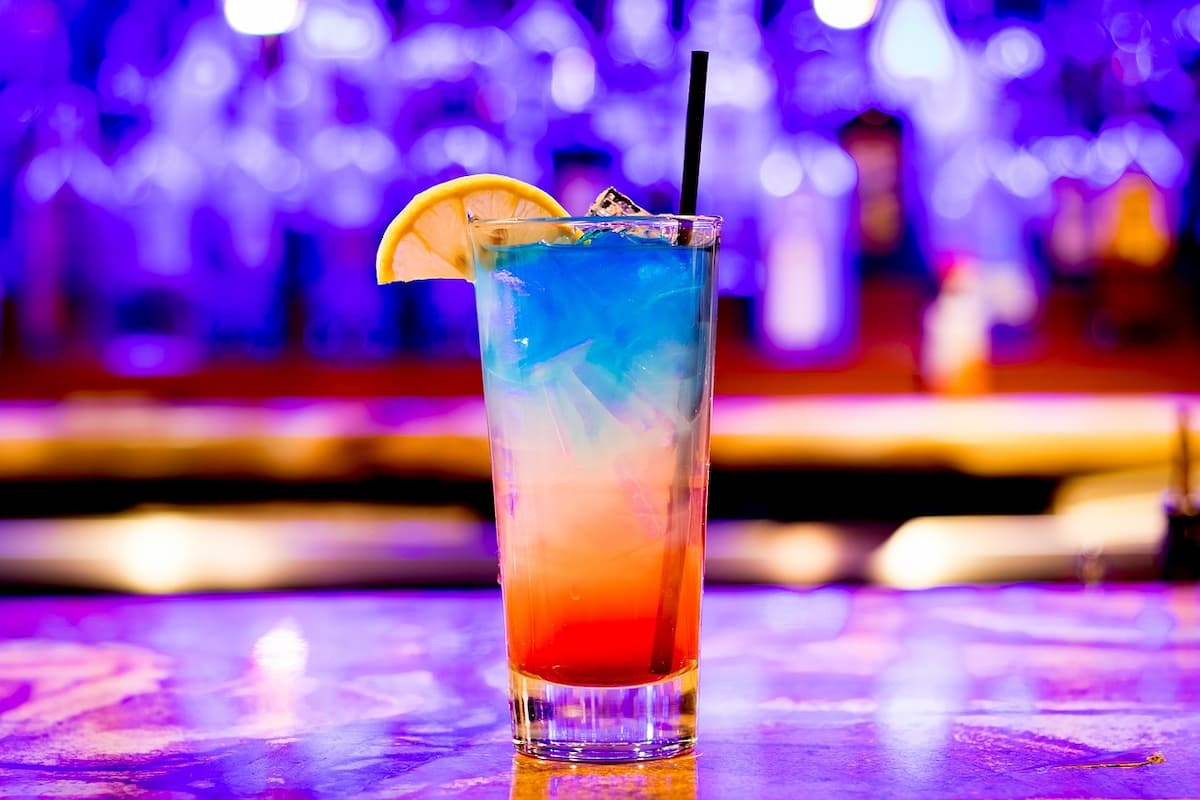 Due to the historical freedom that Torremolinos enjoyed for decades, the nightlife in this town has always been exuberant. In recent years, however, the Torremolinos town council has tried to move away from this monoculture of excess and try to attract more family tourism.

Nevertheless, Torremolinos is still one of the bastions of the LGTB community in the country where every year takes place one of the most important Prides in Spain. 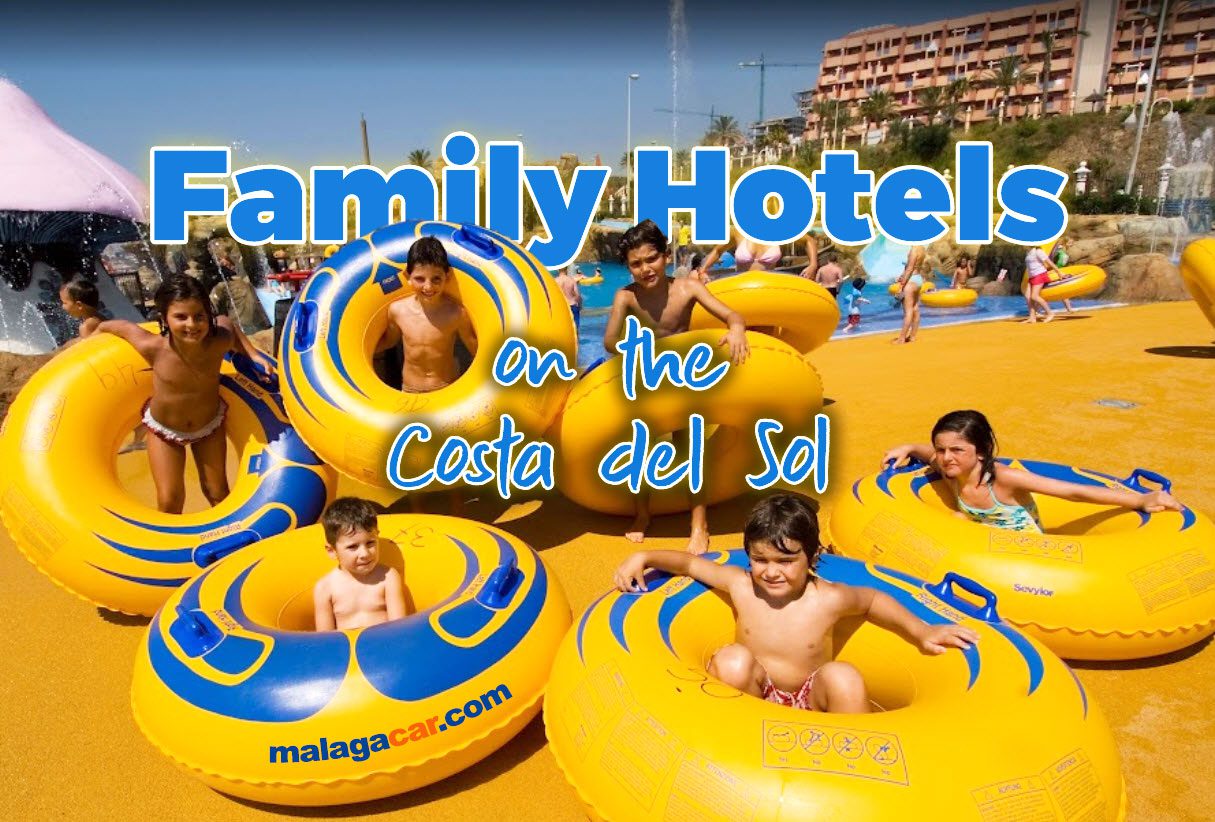 Torremolinos has, together with Benalmadena, the largest offer of family hotels on the Costa del Sol. We present you some of the best here.

Or are you looking for peace and quiet away from a pool full of children? Then book an Adults Only hotel in Torremolinos. In this link you will find many more Adults Only hotels on the Costa del Sol. 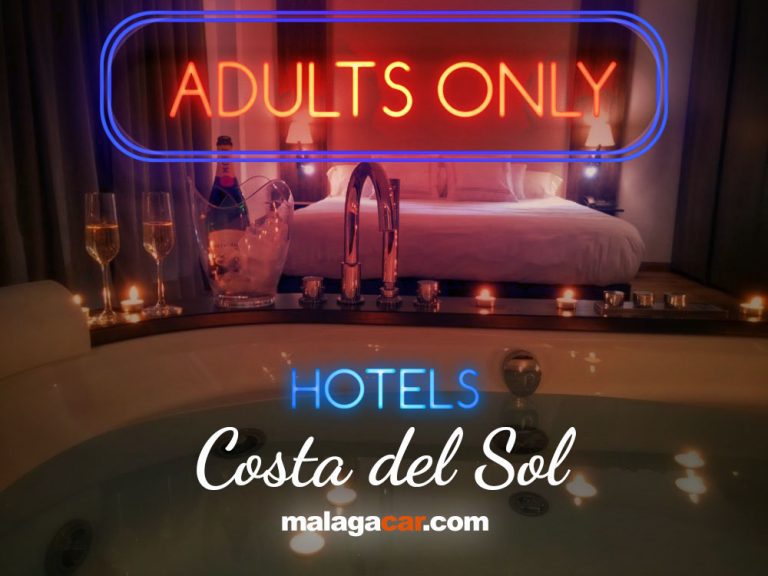 The municipality has 4 very wide beaches of light sand along its coastline, linked together by the sea promenade, which also has a cycle lane.

One of the fishermen’s neighbourhoods par excellence of the province. Despite massive urbanisation and tourist exploitation, there are still some typical low houses. Otherwise the area is full of bars and restaurants. The promenade is narrow.

El Bajondillo is situated between La Carihuela and Playamar. This beach can be accessed from the historic centre (located at a considerable height above the cliff):

By the stairs of Camino de la Playa, and by the Cuesta del Tajo, which is one of the most touristic itineraries of Torremolinos linking its historic centre with the promenade. There is also a Panorama Square lift (Calle de las Mercedes).

Along with El Bajondillo, it is one of the most touristic beaches in Torremolinos and has a great infrastructure.

For many years an open secret, this easternmost beach of Torremolinos is currently distinguished as the only one in the municipality with the Q for tourist quality for the excellence of its services.

This beach is also the favourite in the whole area for surfing and kite surfing in Malaga.

All the beaches of Torremolinos have areas adapted for people with reduced mobility and Assisted Bathing service, by appointment. Phone: (+34) 673 51 42 12

Map of services at Torremolinos beaches

Due to its long history in tourism, Torremolinos has also been a pioneer with its chiringuitos (beach bars), nowadays so typical along the coastline of the Costa del Sol.

In this link you will find the best beach bars in Torremolinos and the Costa del Sol, which are many and varied, where you can enjoy the good life on the beach.

Whether in the more traditional and family style, with the best that the Alboran Sea has to offer in terms of fish and seafood.

Or in Bohemian style, in the best Costa del Sol beach clubs, with cocktails, Balinese beds and the best DJs of the moment.

The heart of the shopping area in Torremolinos is located in Calle San Miguel in the old town, which is largely pedestrianised. Here you will find a large number of shops of all kinds, bars and cafés.

If you are looking for more international brands, we can recommend the Plaza Mayor shopping centre, only 4 km away. 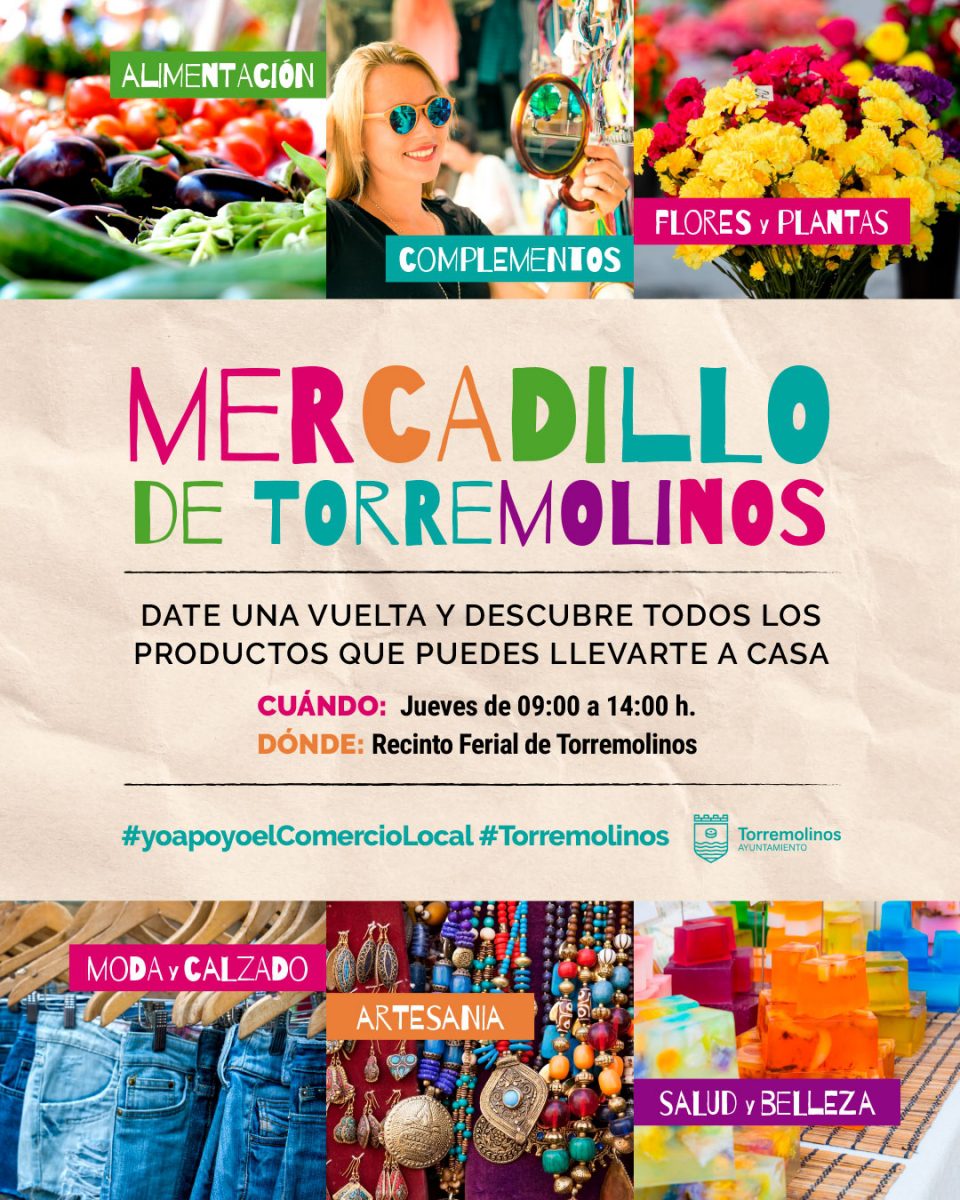 The Easter week is one of the biggest events in the Andalusian calendar and not least in Torremolinos.

Although Easter in Malaga is the one that attracts thousands of faithful and tourists every year, the processions through the streets of this municipality are also very beautiful, on a much smaller scale.

One of the most important Pride events in the country, which every year (usually the first week of June) attracts thousands of visitors. 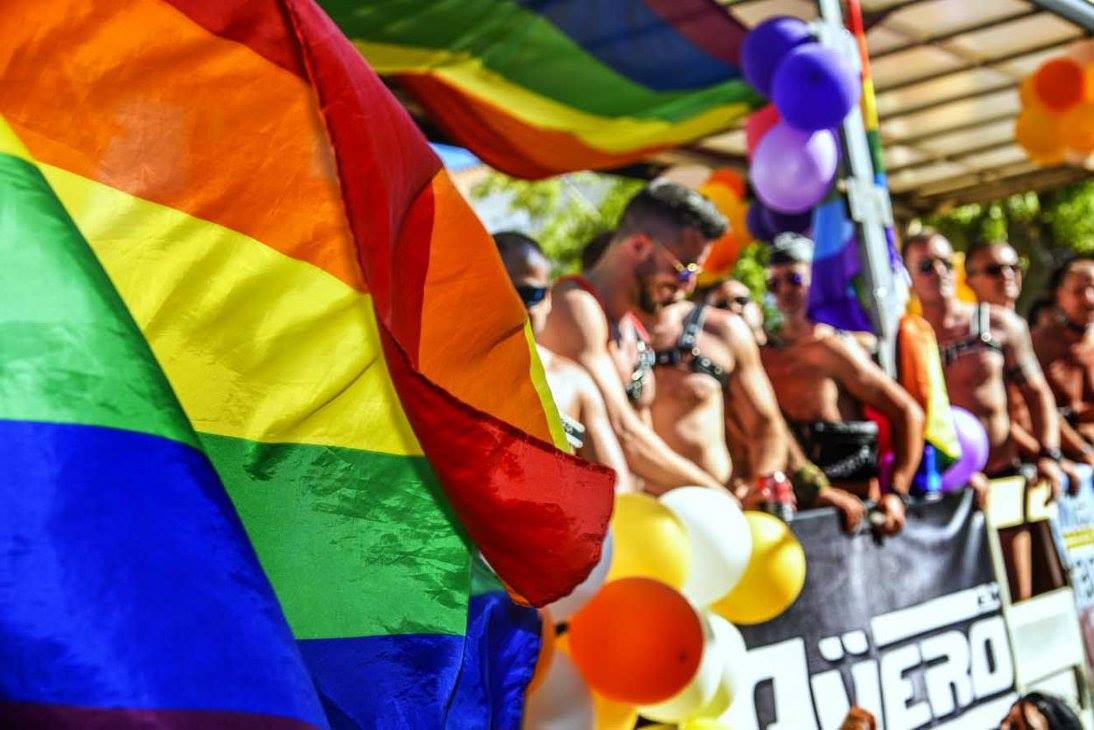 During these festive days there are exhibitions, concerts and a lot of partying, all crowned by the big parade, with the epicentre at Plaza Nogalera.

The processions of the Virgen del Carmen are some of the most beautiful and emotional. 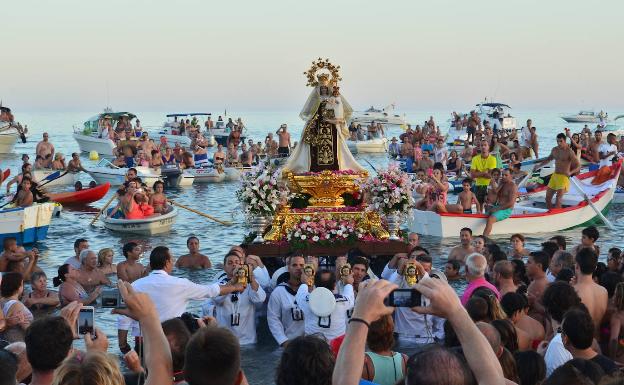 Being the patron saint of fishermen, every year, on the 16th of July, La Carihuela neighbourhood turns to this tradition, where the image of the virgin is carried through the streets and finally embarked and taken out to sea, a spectacle accompanied by hundreds of devotees and visitors.

This tradition takes place in September. Preceding the fair, the pilgrimage takes place. It is the most important urban pilgrimage in Andalusia. 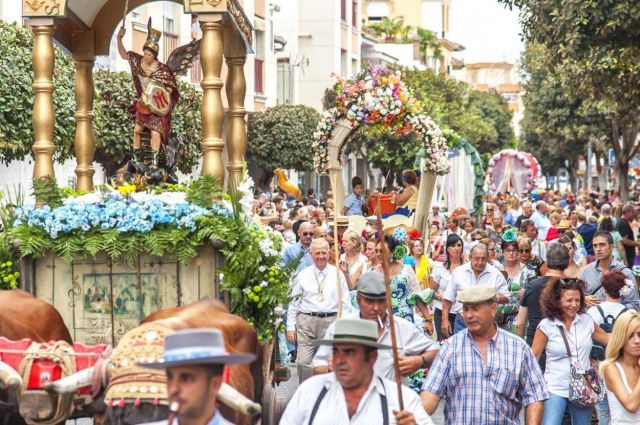 From the city centre, the pilgrimage moves to the pine grove where it is celebrated in the shade of the trees on a very folkloric day, with lots of music and dancing.

It is a multitudinous event attended by thousands of people.

Torremolinos also has a wide range of leisure activities for the whole family.

At Aqualand there is guaranteed fun for all tastes and ages, with many water attractions, wave pool, restaurants and much more. Discover Aqualand and the water parks on the Costa del Sol. 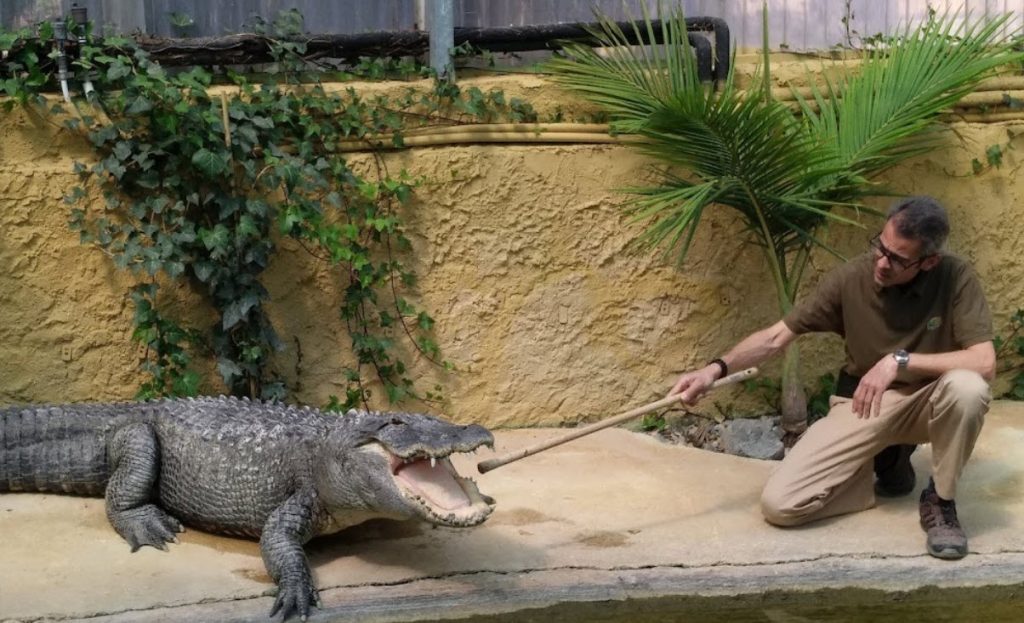 Situated next to Aquapark, at Crocodile Park you can get to see from very close up to 200 crocodiles and also the cubs with a guided tour.

Torremolinos is ideal for a wide range of sports all year round. It has a promenade of more than 6 km (which is part of the coastal path) where you can walk, run, cycle or rollerblade.

A stone’s throw away is Sierra de Torremolinos, with one of the most beautiful viewpoints on the coast.

The town also has a centrally located golf course as well as very complete sports facilities, find out more below.

The Miguel Angel Jimenez Golf Academy is located in the heart of Torremolinos, in the Urbanisation La Colina. It is a 9-hole par 3 practice course. 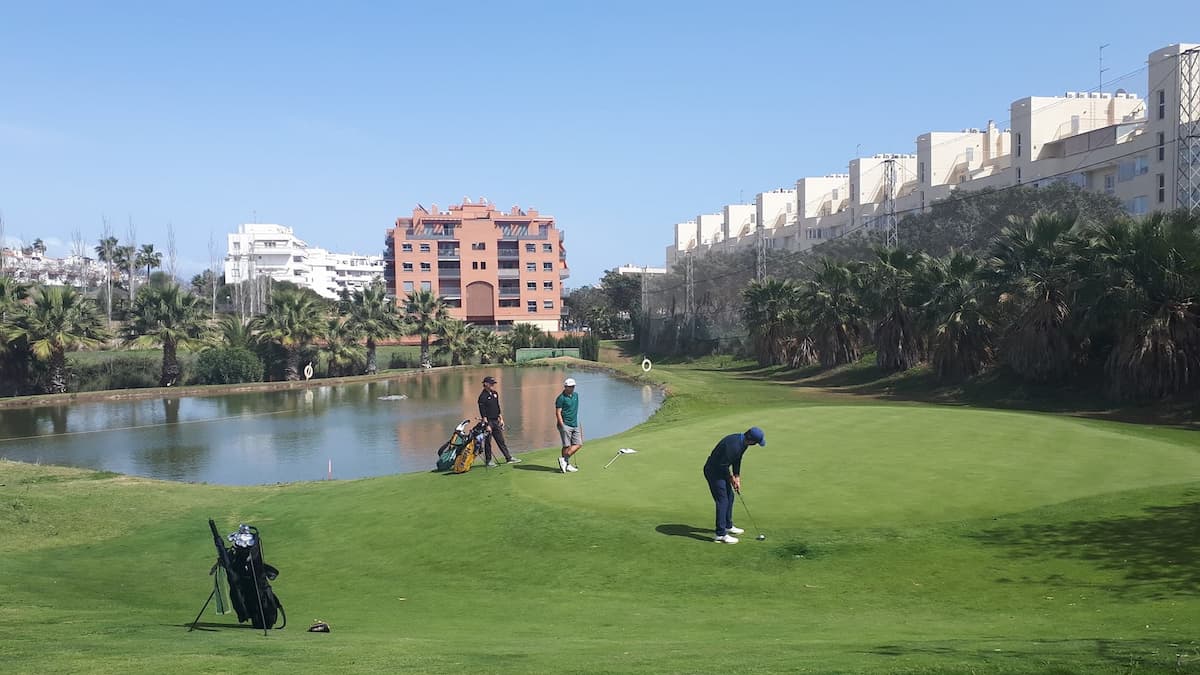 Next to the fairgrounds, the pine forest and Aqualand is located this very complete sports complex. 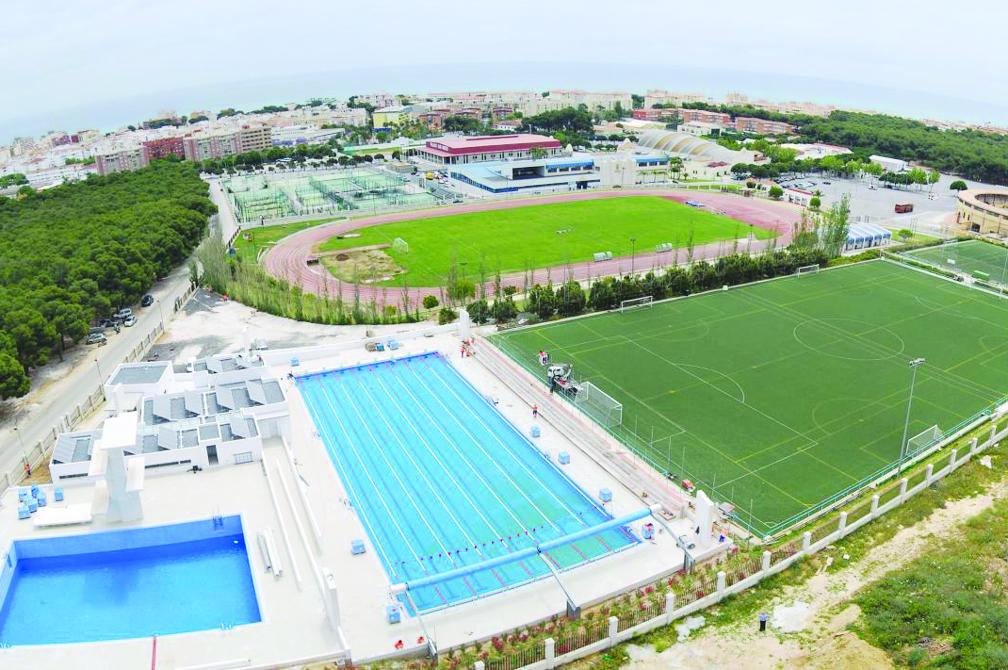 It also has 2 Olympic-size swimming pools (one outdoor), steam baths and jets, a climbing wall and a large gymnasium.

The Torremolinos promenade is part of this great route along the entire coastline of the province, from Nerja to Manilva.

If you want to know more about the Coastal Path of the Costa del Sol, you can find out here!

Very close to the Sports Village and Aqualand is the great natural lung of the city, an extensive area of pine forests, ideal for walking under the shade of the trees.

It is the place where the popular San Miguel pilgrimage takes place every year.

There are many tables and barbecues (fire prohibited between June 1 and October 15) to enjoy a day outdoors. In addition, the entire area stands out for its water wealth, there are several springs on the ground.

Across the street is the municipal garden centre, where you can buy plants and garden accessories at popular prices.

Cañada del Lobo is a beautiful viewpoint over a good part of the Coast.

Although belonging to the municipal area, you can access from Alhaurin de la Torre or access from Benalmadena.

The last option is also for people who do not want to make a lot of effort, since they can get on the cable car in Benalmadena and walk from there.

The first Topless in history, in Torremolinos

It was the year 1930 when Gala Dalí, the companion and muse of Salvador Dalí, starred the first topless in the history of Spain. 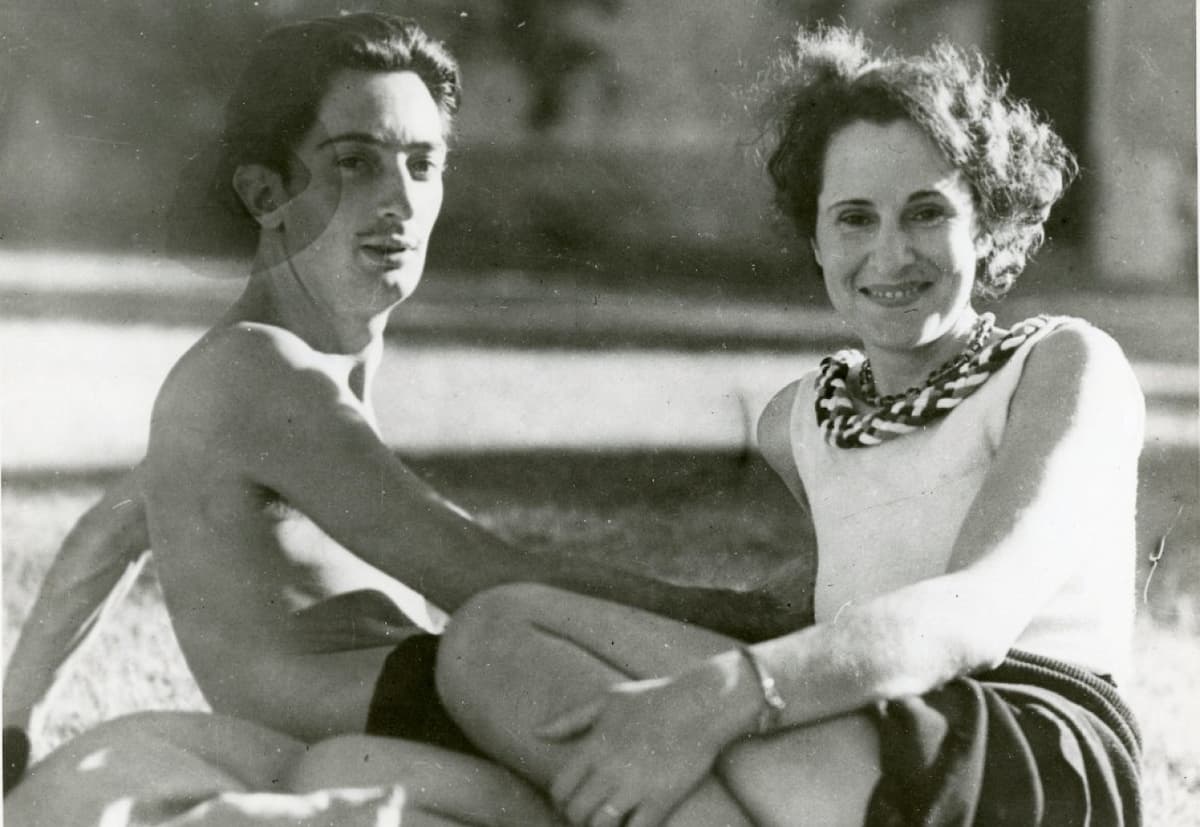 She did it on the great cliff known as El Morro that today joins the beaches of Bajondillo and Carihuela, below the then Englishman´s castle. There you can find a tribute statue to these characters so ahead of their time. 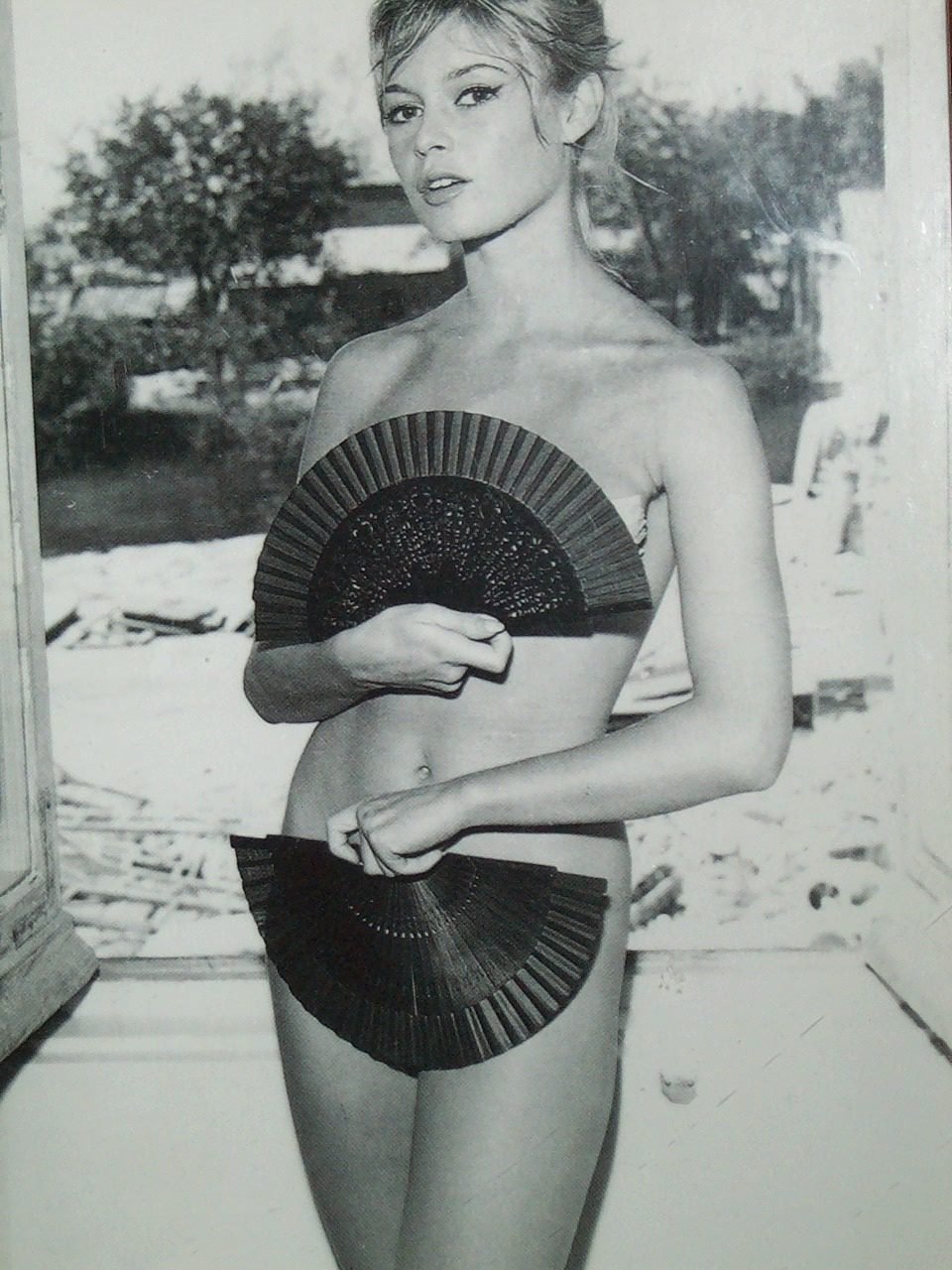 Meanwhile the first topless went more unnoticed, the first nude starring fiery Brigitte Bardot in this fishing village caused much more of a stir, when she came to shoot a film with Roger Vadim in the middle of the Franco regime.

Frank Sinatra was taken away by the police

Yes, Frank Sinatra also went wild in Torremolinos, although apparently through someone else’s fault, which led to an altercation that ended with a police report.

Given the actor’s refusal to go to the police station, they took him away, he had to pay a considerable fine and immediately left the country.

Here we have prepared an interactive map with all the interesting places in Torremolinos that we have mentioned, enjoy!

Do you need a car or transfer during your stay in Torremolinos? We have it! Visiting Nerja – A Jewel of the Costa del Sol Low Emission Zone Malaga – Everything you need to know
Subscribe