From Prehistory to Islam Route

Andalucia is a region with a long and complex history. Its earliest inhabitants were the Neanderthals, who lived in caves such as the one at Gibraltar. Later, the Phoenicians, Greeks, and Carthaginians all established colonies here, and their influences can still be seen in the architecture and culture of Andalucian cities like Cadiz and Malaga. In 711 AD, the Moors invaded from North Africa, and for the next seven centuries, Andalucia was part of the Islamic world. The Alhambra palace in Granada is a striking example of Moorish architecture, while Cordoba was home to one of the largest mosques in the world. With the fall of Granada in 1492, Andalucia came under Christian rule once again, and it remains an integral part of Spain to this day.

Cordova and Granada were two of the most prosperous and cosmopolitan cities in medieval Europe. Thanks to their strategic location on the trade routes between East and West, Cordova and Granada were home to a diverse population of Muslims, Christians, and Jews. This religious diversity was reflected in the architecture of the cities, which featured mosques, churches, and synagogues side by side. Cordova was also home to one of the largest libraries in Europe, where scholars from across the continent came to study. The city's university was also a renowned center of learning, attracting students from as far away as Africa and Asia.

There are plenty of Roman ruins to explore in Andalucia, including the well-preserved Roman villa of Italica. For a taste of prehistoric art, head to the Cuevas de Nerja to see the stunning cave paintings. Of course, no visit to Andalucia would be complete without seeing the Alhambra, one of the most impressive Moorish castles in Spain. With its beautiful gardens and intricate tilework, it's easy to see why this UNESCO World Heritage Site is one of the most popular tourist destinations in Andalucia. So whether you're interested in Roman history or simply want to enjoy some of Spain's most beautiful architecture, Andalucia has plenty to offer. 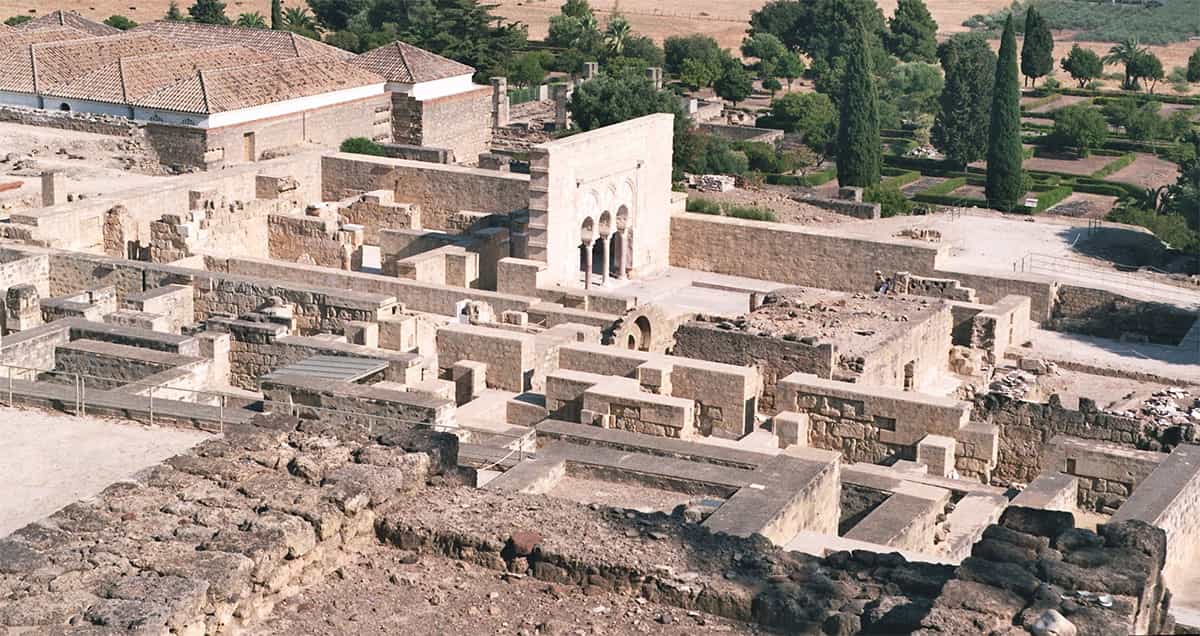 If you like history and you have decided to rent a car in Malaga with us, you should not miss the opportunity to visit Medina Azahara. It is a city that started to be excavated in 1911 and if it hadn't been for these first archaeological findings, it could have been relegated to oblivion. Since the Middle Ages this area has been known as Cordoba la Vieja (Old Cordoba) because of the abundant Roman remains that were found, but it was not until the beginning of the 20th century that all the ancient secrets of Cordoba's past began to be revealed.

This is an ancient Muslim city, whose name translates as "The Shining City" (Madīnat al-Zahrā) and whose origins date back to around 936. It is located only about 8 km northwest of the present-day city of Córdoba, and offers an impressive view of an ancient city of Al-Andalus.

If you want to find out the route by road to Medina Azahara from Malaga airport, follow this link.

In the city and surroundings, you will find plenty of muslim monuments to explore and discover. The experience will be inmersive, so do not forget to bring your smart phone or camera to take photos.

We cannot forget the Mosque of Cordoba, an impressive architecture from the Muslim period that we recommend you to visit. Its construction began in the year 785 and its duration over time has meant that it has ended up being mixed with other architectural styles. For years it was the second largest mosque in the world, until the famous Blue Mosque in Istanbul.

Normally, after conquering a territory, Catholics would demolish the old religious buildings and build their temples on top of them. In this case, it seems that they preferred to embed the cathedral within the mosque itself, perhaps in awe of its beauty.

With just over 1,300 columns, it is an impressive place and we recommend you book in advance as there are long queues to get in.

Another of Cordoba's charming places, especially if you manage to visit it when there are few people. The atmosphere inside and the beauty of its perfectly preserved tiles will transport you to a distant past. This chapel was built during the 14th century and although it is not one of the best known places, it is well worth a visit.

There are still many more monuments to discover in Cordoba from this period, some of the most popular are: