Andalucia is home to some of the most impressive caves paintings in the world. Discovered in the early 20th century, these caves feature paintings that date back to the Upper Paleolithic period. The caves themselves are located in a remote and inaccessible area, which likely contributed to their preservation. The paintings provide a fascinating glimpse into the lives of our ancestors, depicting hunting scenes and animals. They also offer insight into the development of human creativity and artistry. Today, the caves are a popular tourist destination, and their importance has been recognised by UNESCO.

In addition to caves, Andalucía is also home to a number of dolmens, megalithic burial chambers dating back to the Neolithic period. The most famous dolmen is the Cueva de Menga, which is actually composed of three separate chambers. But there are many other dolmens scattered across the countryside, each one a fascinating glimpse into the distant past. 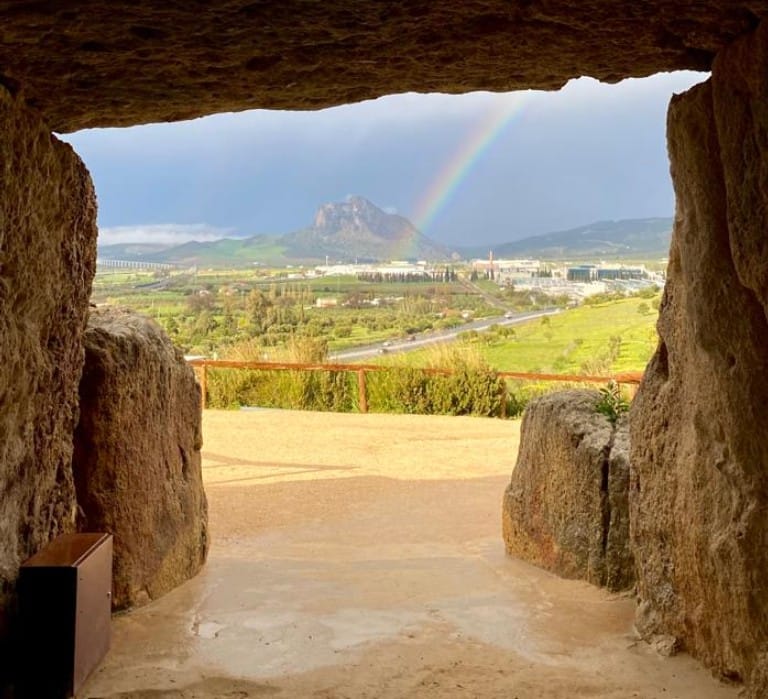 Caves painting of prehistoric cultures, as an initial testimony of human activity, are frequent in Andalusia. Most are preserved in shelters and caves that are difficult to get to, or lost in the mountains in several provinces, such as Almería (Cave of los Letreros, Vélez Blanco), Cordova or Granada, and in Cadiz and Malaga, where the lime formations of the hills are propitious to caves used in the Upper Paleolithic period (30,000 BC) as shelters.

For a start, we can visit the pictorial group of El Bacinete at Los Barrios and the well known Tajo de las Figuras, near Benalup, with a series of schematic paintings said to be from the Bronze Age (3rd millenium BC). The La Pileta Cave at Benaoján, not far from Ronda, is the most important example of cave painting in Andalusia, with a wide repertory of animals and abstract schematic represenations, a visit there means diving into the bowels of the earth for over an hour, to see kilometres of paintings. There are some dolmens at Benaoján (megalithic funerary constructions) called El gigante and La Giganta (male and female giant) that according to the popular tradition, are the only beings capable of moving such enormous stones for burials. With a big jump in time we come to the Romans, still near Ronda - known as Arunda at that time - where Acinipo, called Ronda la Vieja, is of special interest. It is a magnificently placed city with impressive remains of a theatre. Some way away, by Ardales, we come to the ruins of Bobastro, a Mozarabic settlement of the 9th and 10th centuries.

Antequera, in the midst of rich famring land, is in the heart of an area with various remains that give the measure of its importance from the beginning of the agrarian cultures in the 3rd millenium BC. There is a group of dolmens, consisting of collective sepulchres of Menga, Viera and Romeral that are really spectacular and in a state of excellent preservation, to be compared only with those of Valencina de la Concepción in the province of Seville (La Pastora and Mataburilla). In Antequera itself, besides its old walls, the remains of the Roman baths beside the church of Santa María la Mayor are interesting, and so is the museum, where there are really good itemss such as the Roman bronze Ephebe. On the road from Antequera to the railway station of Bobadilla, excavations are going on the moment of some large remains that were the city of Singilia Barba. Near Mollina, at Cortijo de Santillán, the remains of the Roman military fort can be visited. This tour can end in Alameda, where some Roman baths have come to light. 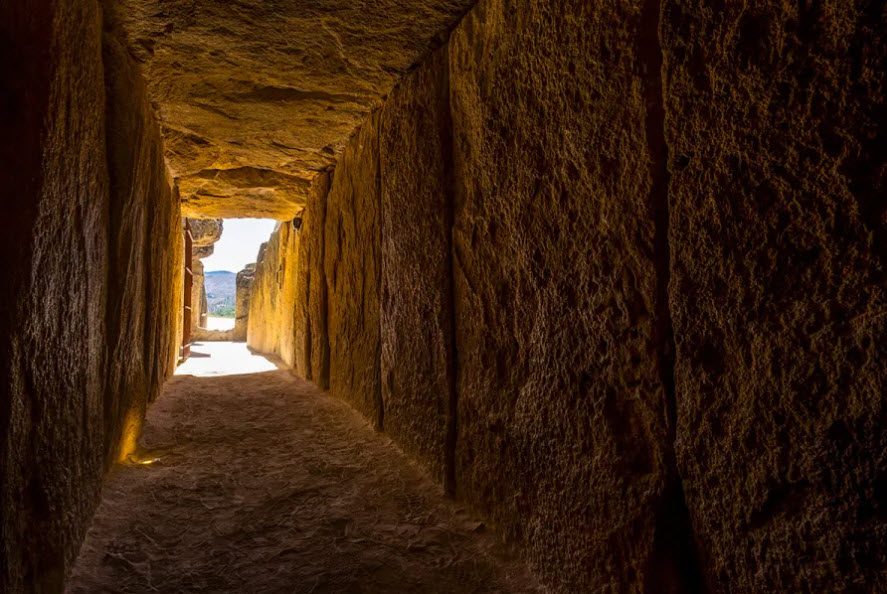