Alameda is a village in Malaga situated to the north of Antequera and 73 kilometres away from the capital, bordering with the province of Seville. 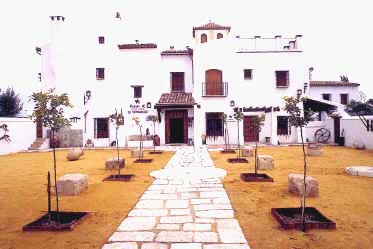 The archaeological remains of the area tell us that this municipality has been inhabited since the Neolithic period and gained importance during the Roman period, being the place where 3 of the most important roman roads passed through, one of them still crosses the village today, from the Plaza de España to the Plaza de Andalusia.

Very little is known about Alameda’s medieval history, and it isn’t until the 19th century that it begins to be part of the province of Malaga, a century from when we also hear many stories about the bandits that abounded back then, and precisely Alameda is the place where the remains of “El Tempranillo” rest in peace, a famous bandit from back then that had an estate in the municipality and was shot down by an old comrade of his in 1833.

We could resume 2 main tourist attractions in Alameda:

It’s a short journey by car of about 80 km, which shouldn’t take us more than an hour, and on the way we’ll enjoy some fantastic views. From Malaga we have to take the road towards Antequera.

On the map below we can see the marked route to get to Alameda.

The following phone numbers could be useful for you in case you are travelling to Alameda: