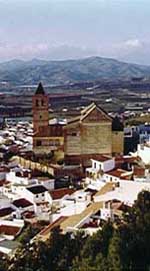 This municipality is situated in the eastern part of the province of Malaga and is the fourth biggest municipality with approximately 77.000 inhabitants. Velez-Malaga has an important architectural patrimony, legacy of its ancient Moorish past with palaces, churches and other edifications from previous centuries that we can visit.

Velez-Malaga has suffered a massive deforestation throughout its history in favour of cultivation and agriculture, amongst it the sugarcane which was the economic engine during the 19th century and early 20th century, which is why it’s very difficult to find the area’s original flora, except along the riverbeds of the Velez river.

The archaeological sites found in Velez-Malaga show us an ancient past that dates back to the Phoenician and Roman settlements in the municipal area, although the urban core was founded by the Arabs during the 10th century.

During the 13th and 15th century, Velez-Malaga was one of the most important cities of the Granada kingdom, with an important population growth that ended up occupying lands outside the walls forming villages that would later on become Almayate or Benajarafe, amongst others. 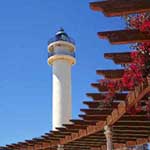 Velez-Malaga, on the 27th of April 1487, ended up surrendering to the Christian invasion, who offered the inhabitants at that time to keep their possessions and houses, although the consistent abuse by the new religion who did not accept them and the lords that demanded more taxes, caused a rebellion that all around the conquered territories expanded around Nerja and Torrox in 1488.

As from the conquest, the city of Velez-Malaga evolved with the creation of new religious buildings and squares, building new churches and convents upon old mosques, as the new religion intended to consolidate its power in the new conquered lands. During these years and the years after, the incursions of the pirates were constant and to defend they used watchtowers that they built all along the coasts.

The sugarcane meant an important economic engine for the area with the construction of factories that made use of the numerous cultivations in the area.

In the early 20th century, the railway arrived at Velez-Malaga, although during this century it wasn’t all advances, in 1937, Franco’s regime bombarded the villagers who tried to escape along the road towards Almeria killing thousands of innocent people, amongst them, women and children.

As from 1960, the boom of tourism that the Costa del Sol was going through arrived at Velez-Malaga so they began to build new blocks of flats and apartments.

If you visit Velez-Malaga you should definitely go for a stroll around the old quarter, where one can contemplate an architecture adapted to the surface with a great amount of religious buildings and palaces with picturesque streets.

Here are some of the places you must visit:

-Larios House: Built in 1888, and was the home of the engineer of the sugar factory.

-The old train station: Built due to arrival of the railway from Malaga in the early 20th century.

-Walls: Some of the stretches and original doors of these walls that surrounded the village of Velez-Malaga in the past, still remain.

-The Fortress House of the Marquis: Built for defense during the 18th century.

-Watchtowers: Many of these towers still stand. They were used in the past in front line of defence against the pirates that constantly besieged the coasts.

From Malaga to Velez Malaga and transport

Velez-Malaga has an urban bus service and a bus line from Malaga that stops in Velez or in the municipality:

Velez-Malaga also offers a tram that began to work in 2006 (the first in Andalusia) and which linked Torre del Mar with Velez-Malaga, although it stopped working due to the government’s low budget.

To get to Velez-Malaga from Malaga by road, you can either take the coast road that borders the whole coast or the motorway towards Granada, where you’ll have to turn off towards Velez-Malaga. If you need a vehicle you can check out our prices for car hire in Malaga.

Another option is to book a Malaga airport transfer to Velez-Malaga, easy and fast with english speaking drivers.

On the map below you can see the route by car to get to Velez-Malaga from Malaga.