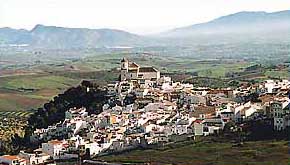 There is archaeological evidence of the existence of a village in the area during the upper Palaeolithic and the Bronze Age, as well as remains of tombs and vessels from the Iberians or Phoenicians.

There have been found roman urban remains with family settlements, they probably offered assistance to the travellers on their route to Acinipo (Ronda) or to Cartima (Malaca).

The municipality was named with the arrival of the Muslims (the name Alozaina comes from the Arab word Alhosaina which means 'little castle') that made it grow thanks to the introduction of agriculture, until the arrival of the Christian army that burnt and plundered Alozaina, leaving it absolutely abandoned until the municipality was repopulated with people brought down from the north of Spain, to whom they handed lands and goods, creating the new village of Alozaina.

During the 16th century there was a Moorish rebellion and they attacked by surprise with over 3000 men, and to defend Alozaina the women assumed the defending role wearing men’s clothing and hats to make themselves visible and seem more defensive. They managed to hold them back until reinforcements arrived; it’s worth mentioning the name of Maria Sagredo, rewarded by Felipe II, who after seeing her father falling in battle, occupied his throne and defended the tower that carries her name.

In the 19th century, Alozaina found itself growing considerably with almost 4000 inhabitants and became an independent municipality on the 12th of April 1942. 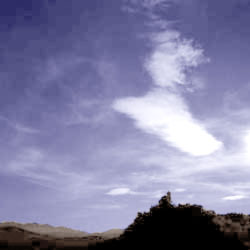 If you visit Alozaina, you mustn’t leave without visiting the following places or monuments:

How to get to Alozaina

The trip by car shouldn’t take more than an hour; you must take the road towards Cartama Station, from Pizarra head towards Casarabonela that is situated right next to Alozaina.

Another way to get there is via Alhaurin el Grande, passing by Coin and Tolox.

We recommend to hire a car in Malaga if you wish to visit Alozaina on any of the aforementioned routes.

Find out how to get from Malaga airport to Alozaina.