Istan is a municipality situated to the southwest of Malaga between the sea and the mountain, the mountain range situated parallel to the coast of Malaga. It’s located 15 kilometres away from Marbella at the foothill of the Sierra de las Nieves.

The origin of Istan as a village comes from a tower that was built there due to its fertile lands and aquifers, a good location with Marbella and Benahavis nearby, and halfway up to Ronda. 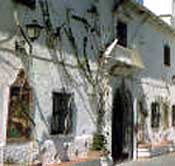 In Istan, there was one of the old watchtowers used to defend the Granada kingdom. Dating back to the times previous to the development of these villages, the defence of the Arab kingdom was made up of 3 levels, the first level was made up by the Almenara towers by the sea, the second was made up by the castles and the third, by the inland towers, that were surrounded by small hamlets that began to arose and that gradually grew more and more over the passage of time.

The Christian army’s conquest favoured a population increase and the arrival of Muslims to Istan, with a difficult coexistence that became harder and harder due to the constant demands of the invading religion. Finally, after the frustrated rebellion during the new year’s eve of 1568 and after the Christian’s expropriation of their lands, the Moors escaped to northern Africa or towards the peninsula’s interior.

Istan’s lands were exploited providing an abundant trade of raisins and grapes with Flanders, Brittany and England.

In Istan there are various places that may interest you to visit:

They run through the whole village and they ramify to reach to all the different orchards and vegetable farms that surround the area. They’re originally Arab and they were used to canalise the water, today they are used for the same purposes as they were centuries ago.

A small chapel situated 3 km away from the village and offers amazing views.

Placed all around the village as their original function was to provide fresh water that came from the natural mountain springs.

Built in the 16th century, and was placed outside the village’s walls with the idea of a future expansion. It was set on fire during the Moorish rebellion in 1569 and has gone through 3 reformations over the years.

It’s date of construction is unknown but it is believed that it was built during the Nazari period. During the Moorish rebellion, the village’s priest lived in the tower as he didn’t have a house of his own, and as he left towards Marbella to seek help, the Moors attempted to invade it, his niece “Juana de Escalante” and her maid managed to survive by locking themselves in the first floor of the tower.

Remains of the religiousness of the old villagers are crosses that appear spread out all around the urban core of Istan. Some remain the same as back then, others have been reformed. Out of all the crosses in the area, ‘la Cruz de los Mozos’ (the cross of the lads) does not belong to these; it was placed there in the 16th century to sanctify the old plot of the mosque.

In Istan, the presence of the water has been very important over the centuries. At one point there were up to 20 windmills to grind the grain and during the Muslim kingdom they created irrigation canals so that the water could reach the cultivations. This museum shows us the culture of the water in the area.

How to get to Istan

If you have a vehicle you can reach Istan in less than an hour. On the other hand, if you don’t have one, you can hire a car in Malaga with us, we offer an optional GPS to make your route to Istan from Malaga as easy as possible. It’s a journey of about 70 kilometres and we must head towards San Pedro to take turnoff to Istan just before.

On the map below we can see the most recommended route: