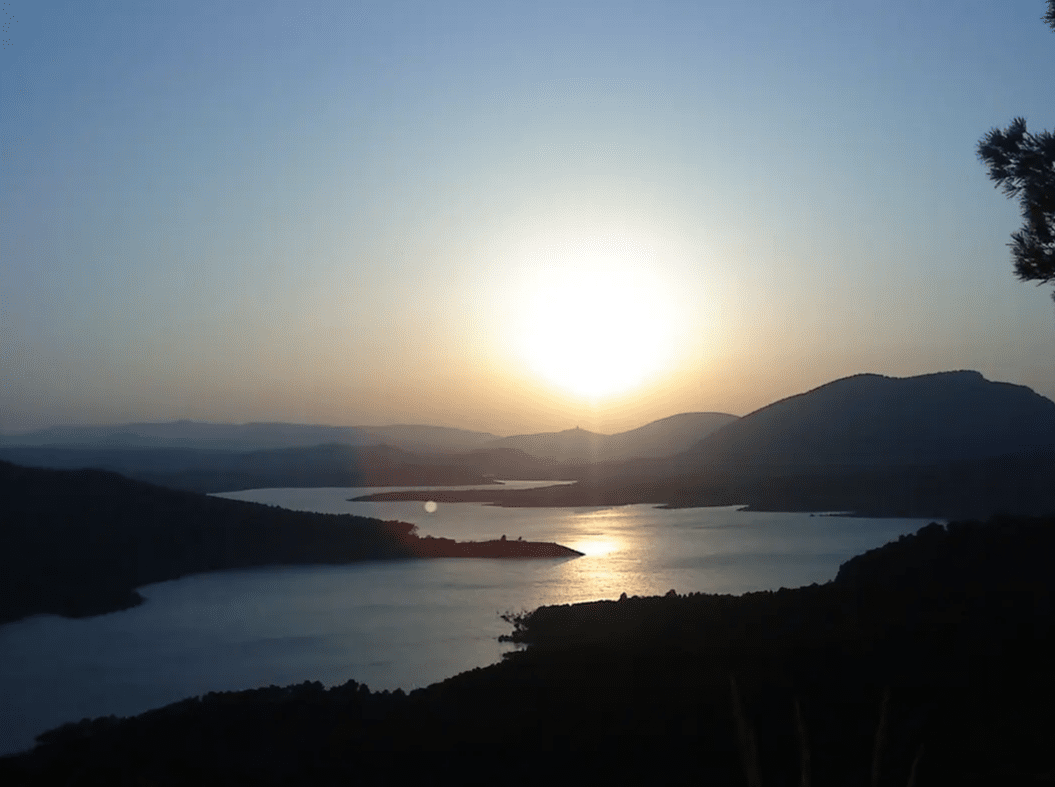 Malaga’s reservoirs add a great attraction to our beautiful province. In addition to supplying the municipalities of the Costa del Sol with this scarce commodity that is fresh water, most of them over the years have contributed to enriching the environment, flora and fauna.

The reservoirs of Malaga are ideal in any season of the year, as we can enjoy multiple activities such as hiking, cycling or cooling off during the summer and practice water sports, away from the crowds on the coast, in a privileged environment. Discover with us the best reservoirs of Malaga!

One of the reservoirs of the capital of the Costa del Sol is located 20 minutes by car from Malaga city, in the municipality of Almogia, in the north of the province of Malaga.

This recently built dam is located above the river Campanillas. Although the reservoir itself does not stand out for its beauty, we can recommend discovering the natural environment above it.

From the beautiful village of Almogia we can take a road route of about 6 km through a spectacular arid landscape along several gorges and the riverbed of the river Campanillas, until we reach the Charco del Infierno (Hell’s Pool). This is a small canyon with dark waters that give it a gloomy appearance, hence its name.

This pool maintains its flow throughout the summer.

At the next bend we find an esplanade where we can park our MalagaCar and discover the area on foot. A few metres away there is an ancient Roman bridge over the now dry river bed.

As the area is very dry and there are no shady areas, it is not the most suitable for a walk. But it is interesting to take a drive and explore the surroundings of the old Arab village of Almogia.

This reservoir is probably the reservoir of excellence in Malaga for many reasons. When you fly into Malaga and the plane is already on the approach manoeuvres to Malaga airport, it flies over this reservoir, located in one of the most spectacular settings in the province, the Desfiladero de los Gaitanes. This name may not ring a bell, but you’ve probably heard of the Caminito del Rey, the spectacular aerial pathway built 100 metres above the rivers’s almost vertical walls.

The whole area is simply spectacular and although it receives a high number of visitors, it is also large enough to be able to enjoy quiet corners in the middle of nature.

One of the most striking features is undoubtedly the amazing turquoise colour of the water and much of the area around the three reservoirs is densely wooded with pine trees. The place is perfect all year round.

In addition to the famous (and now very touristy) Caminito del Rey there are a multitude of trails, both around the reservoirs and into the Desfiladero, with breathtaking views.

In summer the reservoir invites you to enjoy a swim. There are many services and recreational areas nearby, you can rent a kayak, a paddle surf board or even a pedal boat, have a snack in one of the nearby picnic areas, or even stay in a hotel or the campsite.

The Conde de Guadalhorce reservoir was awarded this year for the first time as the only inland beach with the blue flag.

How to get there: https://goo.gl/maps/dib6LtuXxwrbNQ1r5

The El Limonero reservoir is located 8 km from Malaga city centre and can be reached by car in just 15 minutes, making it an ideal destination for a change of scenery just a few kilometres from this Mediterranean city.

This dam is on the Guadalmedina river which runs through the centre of Malaga. The area has a recreational area with tables, benches and barbecues, a children’s playground, a colourful bridge, parking and dirt tracks for hiking. It is ideal for dogs. Admission is free and the opening and closing times vary in summer and winter.

Next to the Limonero reservoir is the forest park La Concepción and also the historical botanical garden La Concepción, which alone is worth a visit. Around the reservoir there is a very easy signposted route that can be done with the whole family, and there is also a birdwatcher.

Due to the proximity to Malaga, you can enjoy panoramic views of the city, the Gibralfaro Castle, the Cathedral and the sea. 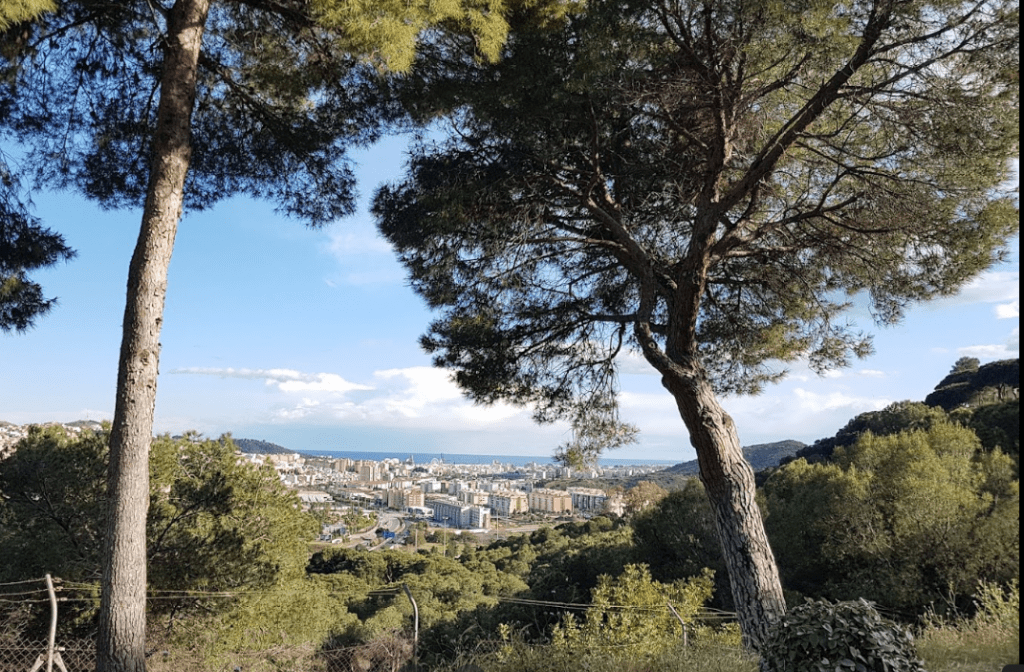 If you still want to discover more, this magnificent aqueduct on the river Guadalmedina, the aqueduct of San Telmo, one of the most important hydraulic engineering works in Europe in the 18th century, to bring water to the capital of Malaga, is very close by. 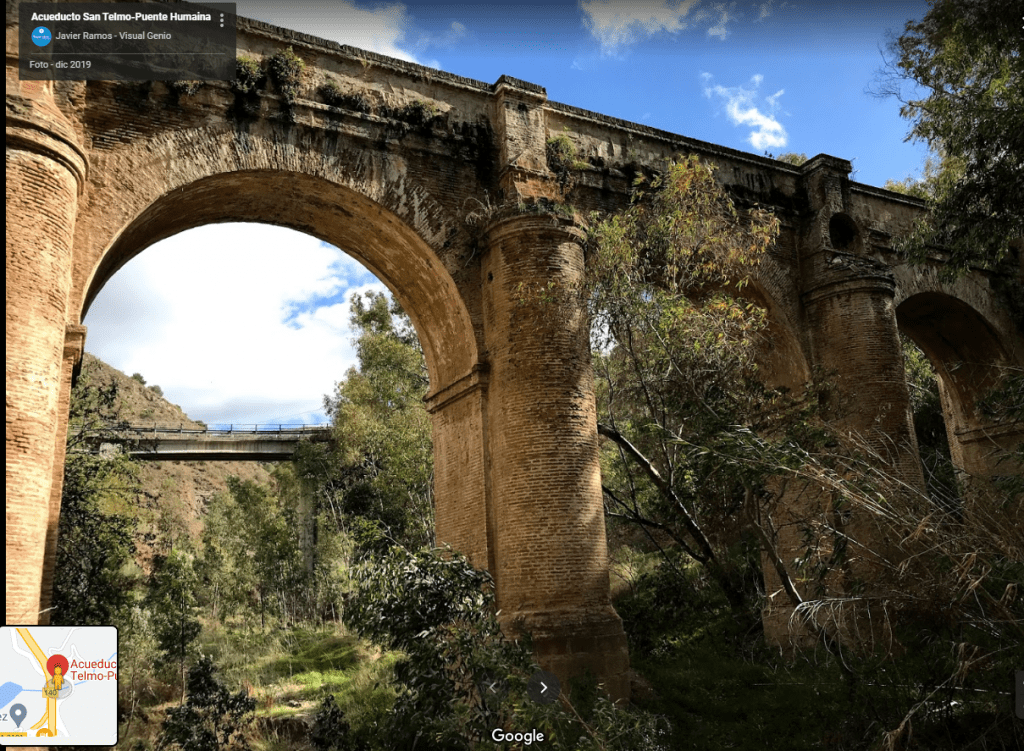 Acueducto de San Telmo, how to get there: https://goo.gl/maps/sec5jzYjjVnViuEi8

La Concepción reservoir, located next to the white village of Istán and only a few kilometres from Marbella, is a jewel surrounded by nature and with magnificent views. In this reservoir, which supplies the municipalities of the Costa del Sol, converge the waters of the rivers Guadiaza, Guadalmina, Guadalmansa and Río Verde.

It is a quite unique enclave, located in the proximity of the Sierra de las Nieves, which this year has been declared a National Park, with an enormous variety of fauna and flora. Due to its proximity to Marbella, this reservoir is very popular.

About 4 km before reaching Istán are located the San Miguel Hermitage and a recreational area next to it. On the other side of the road begins the forest track that leads to the reservoir. This route is about two kilometres long and it is advisable to do it on foot or by bicycle.

How to get to Ermita de San Miguel: https://goo.gl/maps/iYHFqX4Y3HYvmgkh8

There are also other viewpoints located above the reservoir, next to the village of Istán, which are the Mirador de la Herriza and the Mirador del embalse de la Concepción. How to get there: https://goo.gl/maps/4PJ38f12nC9YqwMk6

In this reservoir there is a kayak rental, we can enjoy routes around, take a swim or discover the refreshing río Verde in summer.

If you are not in the mood for so much physical activity, you can simply enjoy a drive along these roads, reach one of the viewpoints and then have a drink in the charming white village of Istan, also known as the fountain of the Costa del Sol. This village in itself is worth a visit:

Istán is a green gem of Arabic origin, situated in the mountains a few kilometres from Marbella and known for its wealth of aquifers. The municipality of Istán is characterized by the environment that surrounds it, the Sierra de las Nieves, Biosphere and since this year also National Park. In this beautiful municipality we can also visit the oldest tree in Andalusia, the Castaño Santo de Istán, a tree more than 800 years old and with a trunk perimeter of 19 metres.

Embalse de la Concepción, how to get there: https://goo.gl/maps/HiEotAcY8o56kfP6A

The Viñuela reservoir is the largest in the province of Malaga, located in Viñuela in the Axarquia, above Vélez-Málaga. This “fresh water sea” captivates with its turquoise waters, surrounded by the hills and mountains of the Axarquia, whose peaks rise up to 2,100 metres.

The reservoir is also very popular and has several areas with barbecues for picnics, hiking, cycling, swimming, fishing and water sports such as kayaking, surfing and dinghy sailing.

Around the reservoir there are several inns where you can eat, a campsite with bungalows for rent, rural houses and even a 4-star hotel, which offers privileged views of the surroundings.

How to get there: https://goo.gl/maps/qgot13twWoXgdUxg6