This park is known by several names, like the Alameda Park or the Park Promenade, and it’s situated in the heart of the capital city centre.

The reason for the name “Park Promenade” (Paseo del Parque) is because it’s not just a park but a promenade or boulevard with gardens on both sides, a Mediterranean design for a garden that has numerous species in its flora that make it one of the most important public parks in Europe.

History of the Paseo del Parque in Malaga

A detail of Malaga city that not everyone knows, is that in the olden days the sea would almost reach the central market (originally an Arab shipyard). It wasn’t until they propelled a project in 1896 that was meant to extend the main Alameda.

The port enlargement project was created in 1876 and included the construction of 2 docks, for which it was necessary to take at last 150 metres of land to the sea, a construction work of great proportions and economic costs that resulted in one of the most emblematic places in Malaga.

Initially, and due to the high cost of the construction work, they tried to sell the reclaimed lands, something which undoubtedly would have caused that we wouldn’t have been able to enjoy the lovely Malaga park today. Luckily, the public money ended up in the hands of the board in charge of the port’s construction works, allowing the existence today of one of the most important gardens of subtropical flora in Europe.

The park began being planted as from 1899, after 20 years of land filling for which they used remains of old demolished houses that had been built in the Alcazaba. 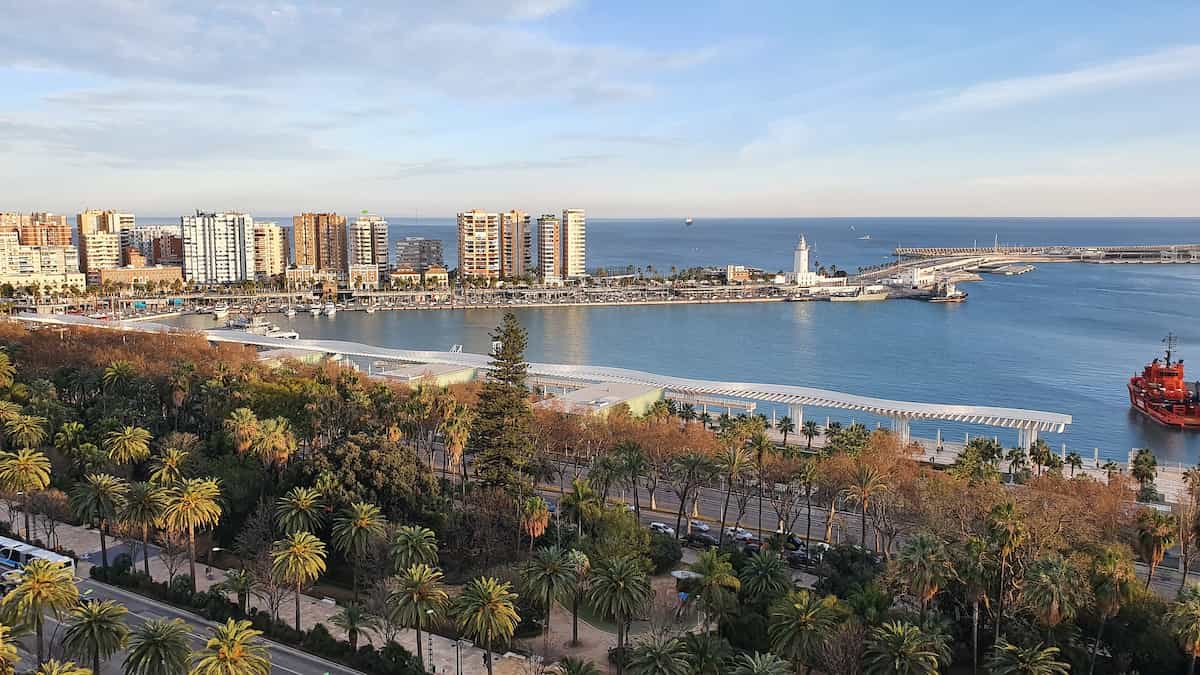 Monuments of the Malaga Park

The park continued to be remodelled until 1921, making way for the promenade that we can enjoy today, in which we’ll find monuments dedicated to several personalities. Amongst the oldest monuments in the Malaga Park we’ll find:

Ninfa del Cántaro
A bronze sculpture built between 1877 and 1878 as a present to the city.

Ninfa de la Caracola
Built during the same years as the sculpture of ‘la ninfa del Cantaro’ for the Victoria Square, and was finally placed in the Malaga Park in 1922, in the place of the ‘Cenachero’ statue.

Statue of the Summer and Winter
Built during the 19th century and represents the different seasons throughout the year.

Las tres gracias fountain
This fountain was built in 1879 and is based on the ancient mythology.